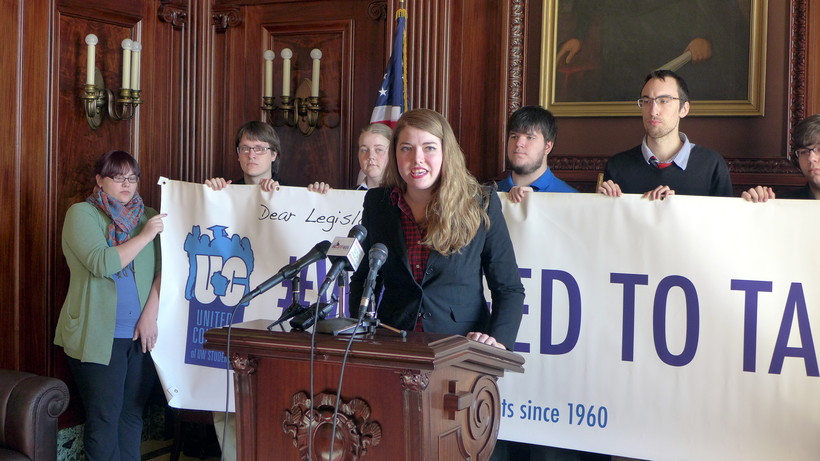 University of Wisconsin student government representatives from across the state are calling on legislators to reject Gov. Scott Walker's proposed $300 million cut in the UW System budget.

UW tuition is currently frozen, but at a news conference at the state Capitol on Monday, UW-Superior student senator Kara Schmidt said campuses like hers are already raising fees for food service, athletics and housing to cover shortfalls from an ongoing tuition freeze. She said the proposed budget cut could also impact scholarship funds.

"A lot of scholarships are actually taken from tuition dollars set aside to provide scholarships for students," she said. "So these are the types of things that will be removed first. Because the last thing the campuses are going to try to do is to get rid of academic programs when they can."