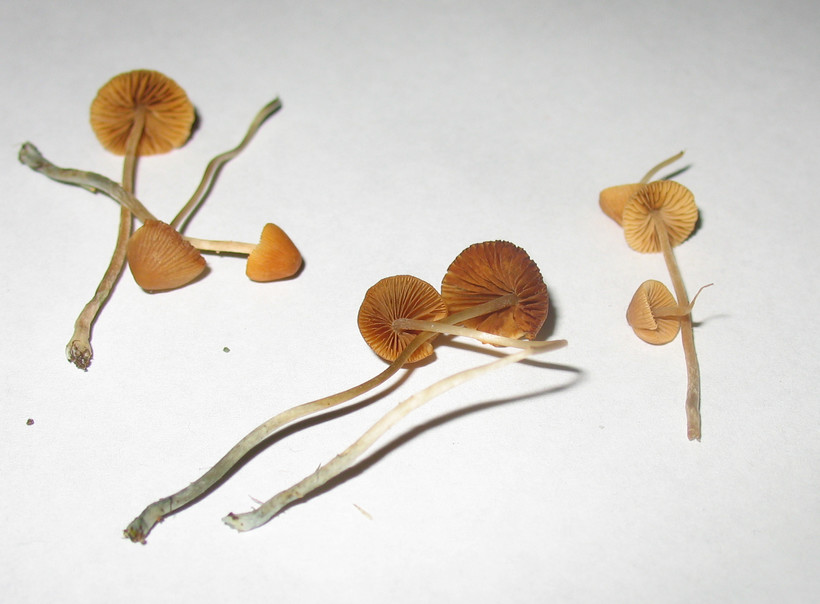 UW-Madison Is One Of Several Research Institutions Studying Psilocybin And Its Role In Cancer Treatment
By Scottie Lee Meyers
Share:

Since the late 1960s, psilocybin mushrooms have been illegal due to their hallucinogenic effects on the human mind. But recently, the University of Wisconsin-Madison has been conducting a study on the potential health benefits of the naturally occurring psychedelic agent — and researchers say they’re seeing "remarkable results."

Researchers hope to eventually evaluate whether psilocybin helps terminally ill cancer patients who also suffer from depression and anxiety. In order to get there, national health administrations are requiring testing to ensure that psilocybin isn't harmful to fully healthy individuals.

Paul Hutson, the principal investigator of the research and a professor at the UW-Madison School of Pharmacy, said the study has involved 12 healthy volunteers, who have undergone three treatments with psilocybin — each a month apart and with the doses increased each time.

Karen Cooper, the study’s lead guide and trainer, couldn’t comment with too much detail about the study’s results due to patient confidentiality issues and because the research hasn’t been published yet. However, she said that on the whole, the results have been impressive.

"It has been pretty profound for people," she said. "These are healthy volunteers who may have discovered they had some underlying issues or anxieties or things that were uncovered, and they were able to take a better look at those under the influence of psilocybin."

Results from studies at Johns Hopkins University have also excited researchers. Cooper said participants there reported to have found a sense of peace when confronted by the end of life, to be able to better communicate with family members, and get things done on their bucket lists with freedom instead of fear.

Additionally, the Johns Hopkins study found an 80 percent cure rate in tobacco addiction in a group of 15 people. People in that group, on average, had reported that they'd previously tried and failed six times to stop smoking.

For the UW-Madison study, all of the subjects had previously had an experience with psychedelic drugs. Hutson said it was important for them to have some familiarity with the hallucinogenic effects so that they could handle the stress of dealing with researchers drawing blood samples and other medical tests while hallucinating.

The test is administered in what Cooper described a safe and comfortable living room-like setting at the School of Pharmacy, where restrooms and food are available.

"We have a great sound system and a standardized eight-hour playlist," Cooper said. "So (volunteers) put on eyeshades and headphones to facilitate an inward experience, listen to the music, and just let go and see what happens."

Each participant, said Hutson, went through six to eight hours of counseling to prepare them for the potential effects of the psilocybin. Volunteers also underwent a "total life review" in order to allow researchers to find out as much as possible on each individual.

The counseling is provided by highly trained psychedelic medicine therapists, commonly referred to as "guides." In addition to counseling, guides stayed with participants as they experienced the hallucinogenic effects, which Cooper said typically lasts about eight hours.

Additionally, guides also follow up with each participant the following morning for about two hours to process the experience, to suss out any meaning each of them drew from it and ask about any positive or negative effects.

As for what’s next, Hutson said UW-Madison will coordinate with other research centers to work towards the next phase of testing with cancer patients. In the meantime, he’s looking at some pilot studies to see if psilocybin might be effective with people who suffer from anorexia nervosa or opiate addiction.

Hutson added that whether the research continues to advance depends on permission from national health organizations and funding. So far, the studies are being financed by private donors.

Hutson suspects there are still some who are weary of hallucinogenic studying. However, he’s confident that once people see the results behind the studies, money and interest won't pose a problem.