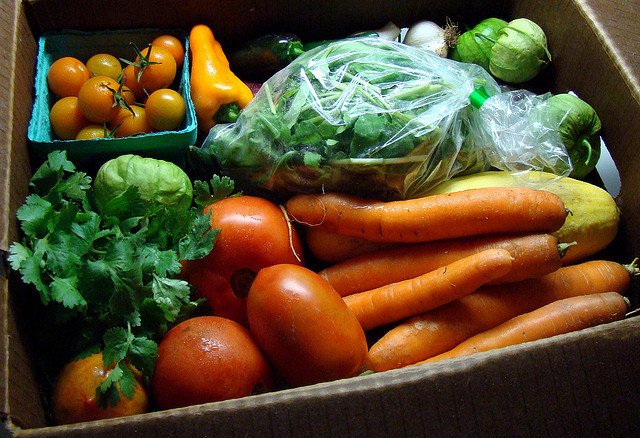 A box of organic vegetables from Driftless Organics in western Wisconsin.

A University of Wisconsin-Madison report says that the demand for organic produce and meat is outpacing the supply in Wisconsin.

It also says that organic farming continues to attract younger and newer farmers in the state, even as the average conventional farmer in Wisconsin continues to grow older.

Wisconsin is home to the second highest number of organic farms in the country. Although some producers are leading the way in organic dairy, beef, and certain vegetables, they can’t keep up with the demand from consumers. Organic grain, processed vegetables, and soybeans are still imported into Wisconsin.

"With the demand still strong, we don’t foresee a potential erosion of the organic premium. The projections do continue to see demand increasing over the next five years or so," she said.

Silva said there’s plenty of room for new and transitioning farmers to jump into the organic market, where she says younger farmers are heavily represented. On Wisconsin’s conventional farms, 17 percent of producers are under the age of 45. On the state’s organic farms, nearly a third of them are.

"We certainly hope that with the interest of new farmers and a younger population in organic farming that that helps maintain and continues to support the overall agricultural economy," said Silva.

The report shows that newer farmers are also more likely to be running organic farms than conventional ones.