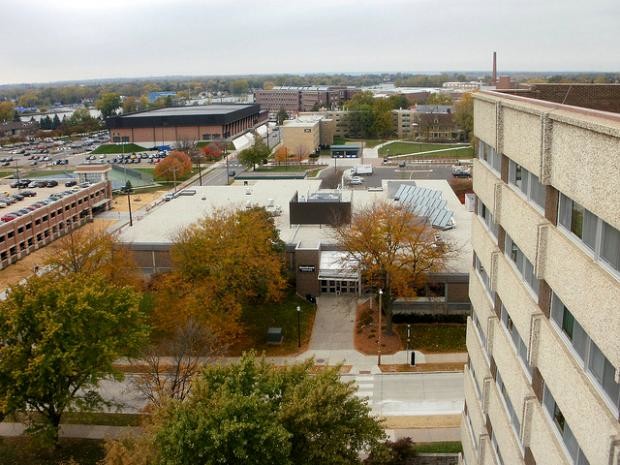 The University of Wisconsin-Oshkosh has been ranked third in the country by the Sierra Club for its commitment to sustainability on campus.

"Each of the schools ranked in the top 20 have displayed a deep and thorough commitment to protecting the environment, addressing climate issues and encouraging environmental and social responsibility," the Sierra Club stated when announcing the results.

UW-Oshkosh is the only school in Wisconsin to make the top 20 list. The school's sustainability director, Brian Kermath, said the high ranking is a testament to the school’s dedication to creating a more green campus.

"We worked hard at rising through the ranks over the years, and I’m not entirely surprised that we made it that far," he said.

Kermath said sustainability became a priority on campus in the early 2000s when students requested the university undergo an environmental audit. The review revealed a number of opportunities for the school to conserve energy and save money.

"We’re now saving approximately $300,000 a year through those initiatives, and lots of energy. It also results in a reduction in our greenhouse gas emissions," Kermath said.

Additionally, the school is home to what's believed to be the largest concentration of solar panels on a state-owned facility, as well as three biodigestors that generate 20 percent of the energy needed to heat the campus's buildings. A number of those buildings are LEED-certified — a designation from the U.S. Green Building Council indicating a high degree of environmentally friendly design.

To conserve water, more than 2,000 plumbing fixtures — toilets, sinks and shower heads — have been replaced.

"We basically cut in half our consumption of potable water and as a result, that saves us about $135,000 a year in water costs and heating costs," Kermath said.

UW-Oshkosh looks to carry the momentum by signing onto the American Colleges and Universities Climate Commitment, a pact requiring schools to be carbon neutral by 2025.

"Our efforts around sustainability are far from complete," Kermath said.