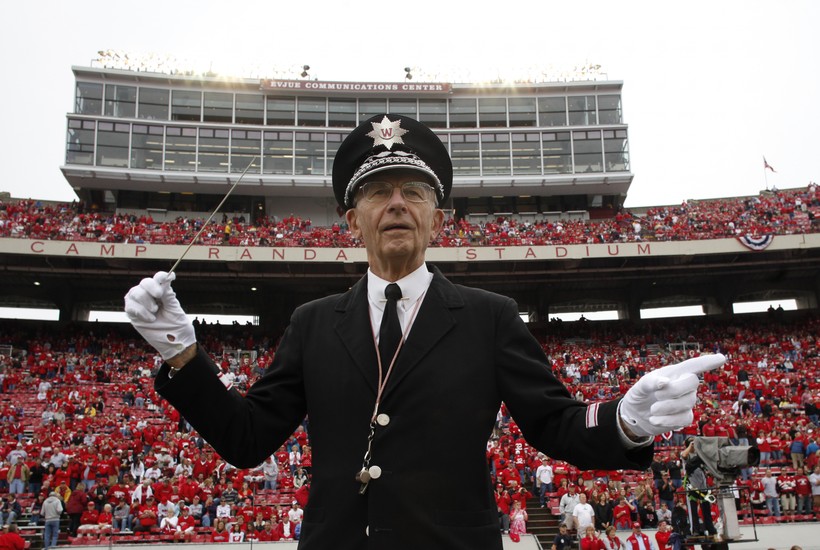 University of Wisconsin band director Michael Leckrone directs the band before the first half of an NCAA football game between the Wisconsin and the San Jose State Saturday, Sept. 11, 2010, in Madison.

82-Year-Old Leckrone Has Led Badger Band Since 1969
By The Associated Press
Share:

University of Wisconsin-Madison marching band director Michael Leckrone says he's stepping down at the end of the school year.

The 82-year-old Leckrone has led the Badger Band since 1969. He made the announcement Saturday.

Leckrone said he made his decision a few weeks ago but delayed sharing it publicly until he could meet with students.

Leckrone hasn't decided on future plans and said there is no significance to the timing of his 50th anniversary with the band.

The university will conduct a national search for a new director.