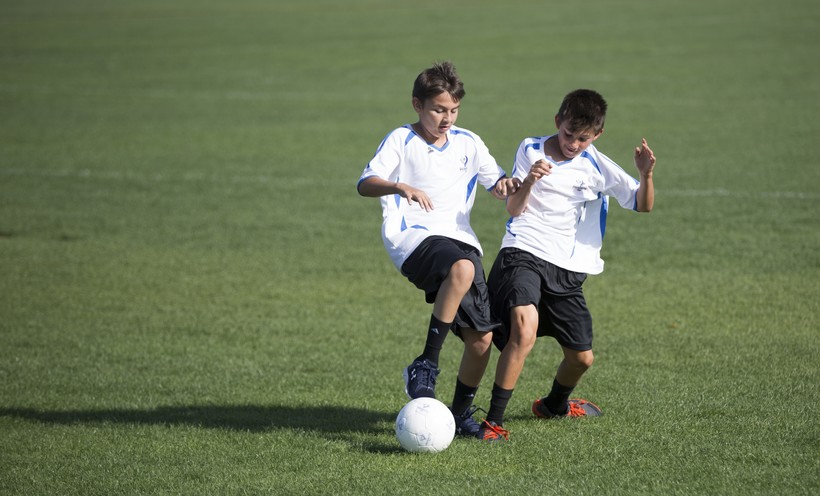 Young athletes who specialize in one sport are much more likely to experience daytime sleepiness than athletes with less specialization, according to a recent study.

Overspecialization in sports has also been shown to increase the risk for injury, burnout and loss of interest, but it’s important not to overfocus on the negative aspects of sports, said David Bell, co-author of the study and assistant professor in the departments of kinesiology and orthopedics and rehabilitation at the University of Wisconsin-Madison.

"We just need to have a balanced approach," he said. "We don't want kids to stop playing sports, that's not the message that we're trying to send. We want to make sure that kids and parents are getting all the information and so the kids can actually have a really positive experience."

Attention should instead concentrate on being sensitive to children's tipping point — between having fun and being physically active, and burning out, he said.

What the study says.

The study identified overspecialization by asking children or their parents a set of three yes or no questions, he said. Do you play or do you train in a single sport more than eight months per year? Can you identify a primary sport? Have you ever quit a sport to focus on a single sport, or have you only ever played a single sport before?

If participants answered yes to all three, they were considered a highly specialized athlete, Bell said. Answering yes to two was categorized as moderate, and one or zero was low specialization.

The researchers then compared the specialization categories to the pediatric daytime sleepiness scale, which asks participants whether they have difficulty staying awake during different activities such as face-to-face conversations, traveling, homework or being in the classroom.

"And if you traveled more, then you were also more likely to be tired," he said. "You can begin to see how this could create this kind of soliloquy of events for kids who are participating in one sport being highly specialized having trouble focusing on what they're doing during the day."

Overall, the children the researchers spoke to were very happy playing sports, Bell said. On a scale of one to 10, the majority rate participating in sports at nine or 10.

How to help kids avoid burnout by overspecializing.

Bell said he and his colleagues are on a "crusade" to increase awareness among parents and coaches about the risks of overspecializing in one sport, and what they can do to prevent it — the study estimates about 80 percent of coaches and parents don’t know what to do.

Bell and his colleagues recommend not playing a single sport for more than eight months, break it up by playing for three months then taking one month off.

And a general rule of thumb is that children should be participating in organized sports about the same number of hours a week to their age — a 10-year-old should play for about 10 hours a week, he said.

"What I tell people is that, you know if a 10-year-old is playing 12 hours a week, I'm not going to break a sweat over that," Bell said. "But if they're playing 20 hours per week, they're really increasing their risk of sustaining an overuse injury."

Then, take a day or two off a week, he said.

"Coaches are designing these practices and designing this schedule based on kids having one or two days off per week," Bell said. "And when those kids go and they participate in a club sport for example during their off day, they're not getting the rest that they need in order to recover fully."

Outside of the drawbacks to the individual children who participate in a single sport, are those deterred from playing sports altogether because of the heightened competitiveness.