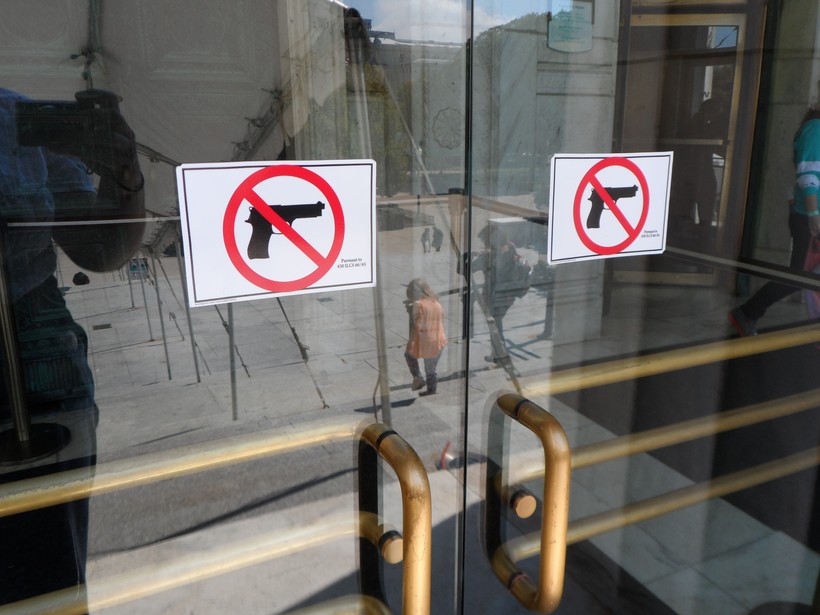 A group of University of Wisconsin-Madison students is planning to carry sex toys on campus to protest a bill that may come before the state Legislature next year.

The bill, currently in drafting stages, said its sponsor, Rep. Jesse Kremer, R-Kewaskum, would allow concealed weapons in public college or university classrooms. Concealed weapons are already allowed on campus grounds, but not in buildings.

Kat Kerwin, a sophomore at UW-Madison who is organizing the protest, said concealed weapons will make students uncomfortable in the classroom.

Kerwin said she believes professors will feel uneasy as well.

Campus leaders at UW-Madison voiced their opposition to the potential legislation in mid-December.

"Campuses have so many unique safety challenges," said Chancellor Rebecca Blank in a prepared statement. "Adding concealed weapons to the many challenges our police department has to deal with would put everyone at risk."

Kremer said he believes the potential change would make classrooms safer by allowing law-abiding gun owners to have their weapons with them.

"You're disarming these adults who are responsible concealed carry members who are not able to protect themselves, and at the same time you're letting the criminal element know around these campuses, hey, there's no one that's armed," he said.

Kremer dismissed the UW-Madison protests as "a small group of students and a couple professors" who are "quite honestly, scared of guns just because it is a gun."

Kremer said he has been contacted by professors and students who support the legislation.

"There are people out there who are very concerned about this and think we’re treating them like second-class citizens," he said.

Kerwin pushes back on accusations that carrying sex toys to protest legislation is immature or inappropriate.

"I would say that it's inappropriate for students to act as vigilantes and think that they are above the police," she said.

Kerwin said the protest is modeled after similar actions taken by students at the University of Texas in August.

"It was a method of fighting absurdity with absurdity," she said.

Kremer said the draft of the bill is not complete, and he has no plans for when he might introduce it. The legislative session begins in January.

A formal date for the protest was not set as of Dec. 23, but plans are for it to occur during the spring semester.