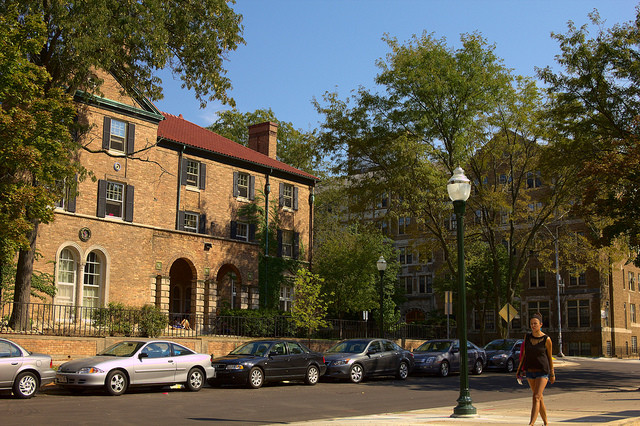 The Langdon Street neighborhood in Madison, which is home for many University of Wisconsin fraternity and sorority chapters.

The University of Wisconsin-Madison announced on Wednesday that it's terminating a fraternity chapter after an investigation found evidence of hazing by the group.

A university committee cited the Chi Phi fraternity for fostering a "dangerous hazing environment"  that included food deprivation, forced excessive drinking and leaving students hooded and in isolation. The committee found that one student had been concussed during the hazing.

Eric Knueve is the assistant dean for the Center for Leadership and Involvement at UW-Madison. He called that type of behavior unacceptable.

"What's next for the organization is they will no longer be recognized, and so they have disappeared from our student org directory and ... we won't be highlighting them as an organization that students can join," said Knueve.

Knueve said the last time the university terminated an organization was in 2006.

Chi Phi does have the ability to appeal the decision.