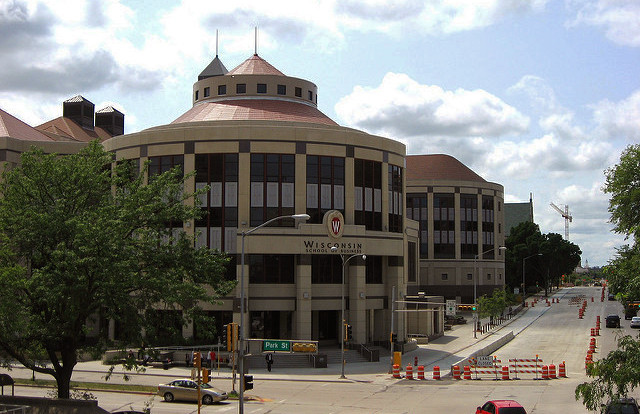 Other Universities Have Suspended MBA Programs Due To Low Enrollment, Cost
By Colleen Leahy
Share:

In a quick reversal of its announcement last week, the University of Wisconsin-Madison announced Wednesday it would not follow through with plans to suspend admissions to its full-time MBA program for a year.

While they ended up not going through with the plan, UW-Madison isn't alone in questioning the viability of the MBA program.

The University of Iowa, Wake Forest University, Virginia Tech and Simmons College have all either ended or announced plans to end their traditional two-year residential MBA programs in the past few years.

"There are some macro trends that indeed have affected the number of people who want a two-year residential MBA program," John Byrne, founder of the business education news website Poets & Quants, told WPR's "The Morning Show."

Byrne suggests several reasons that may explain those trends.

"Millennials who went through the Great Recession have lots of debt already. They have an attitude that’s not unlike the people who came through the Great Depression. They’re more cautious (and) conservative" and are unwilling to pay for additional school after undergrad, Byrne said.

"The quality of undergraduate business programs, which are exploding in growth, has become really good," Byrne said.

Employers at times are more willing to hire someone with an undergraduate business degree than someone with an MBA, because employees with more advanced degrees require higher pay, he said.

There has been a proliferation of one-year masters programs and solid online MBA programs in the past few years, Byrne said. Both options are cheaper than traditional MBA programs and allow prospective students to continue working full-time while they go to school, or stop working for only one year instead of two, he said.

"Anti-immigration rhetoric in America has scared off many international applicants, who had been covering up to some degree, the decline in domestic applicants in recent years," Byrne said.

In addition, "Most MBA programs run at a loss," Byrne said.

As for Wisconsin’s decision to keep its MBA program open?

"I think it’s a wise decision," Byrne said. "The Wisconsin program is a terrific program. It’s a great school. Wisconsin is near the top of the food chain," he said.