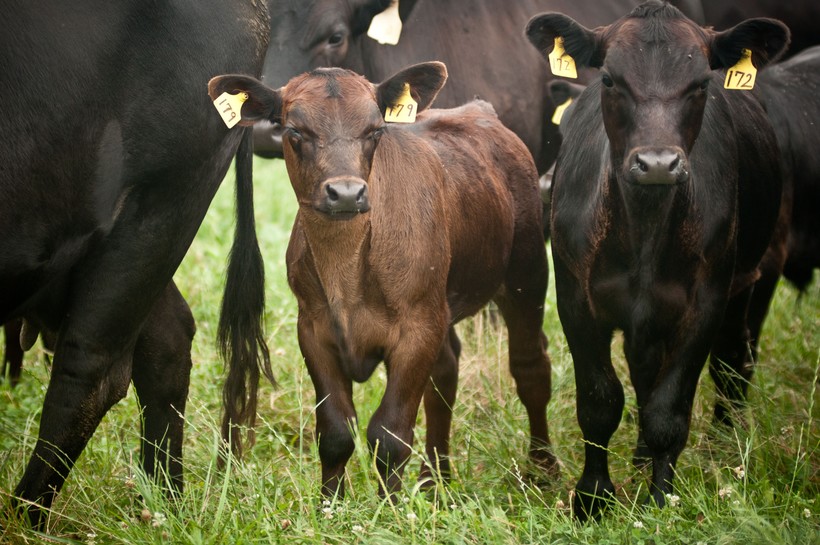 U.S. Department of Agriculture/Flickr (CC BY 2.0)

Wisconsin Regulators And Researchers Are Part Of A Global Effort To Change Immunization Practices To Prevent Antibiotic Resistance
By Haleema Shah
Share:

Wisconsin is joining health organizations around the world that are trying to figure out how to combat antibiotic-resistant organisms. As reports about superbugs and pathogens that don’t respond to last-resort drugs crop up around the globe, researchers in America's Dairyland are developing ways to treat animals without using antibiotics.

"For a long time we really didn’t have a good handle on whether or not the use of antibiotics in animal agriculture was causing a problem," said Mark Cook, professor of animal sciences at the University of Wisconsin-Madison.

Some scientists are starting to discover that people who are working directly with livestock treated with antibiotics are more likely to develop antibiotic resistance, Cook said.

That’s why a method to immunize animals developed by Cook and a group of researchers in Wisconsin seems to be on the cutting edge – because it eliminates the use of antibiotics altogether. The key to the method? Using the natural immune system and egg shells.

Cook and his team inject hens with a protein that the hen will produce an antibody for, and ultimately, the antibody is passed onto the egg that the hen lays. The egg shells are then incorporated into the feed for animals that need to be protected from bacteria and pathogens that would otherwise be treated by antibiotics. What results is a method that uses targeted antibodies that support, or "turn on" an animal’s immune system.

"We’ve been able to take animals that historically had to have antibiotics and feed them an immune 'turn-on' switch," he said. "We don’t even target the bacteria (and) the pathogens … the immune system is able to handle it without the use of antibiotics.”

Cook said that one of the biggest benefits of relying on the immune system, is that it doesn’t hold the same common consequence that results from antibiotics — the elimination of bad bacteria which ultimately causes illness, and the elimination of good bacteria that seeks to prevent it.

In the United States, antibiotic resistance causes illness in over 2 million people  and racks up high medical costs, according to the Centers for Disease Control and Prevention. In 2014, President Barack Obama issued an executive order that established the Task Force for Combating Antibiotic-Resistant Bacteria.

Cook said that the executive order led to major changes in the agricultural sector to curb antibiotic use. New rules require antibiotics to be controlled by licensed veterinarians, and only allow for them to used for the treatment of disease, not animal performance enhancement.