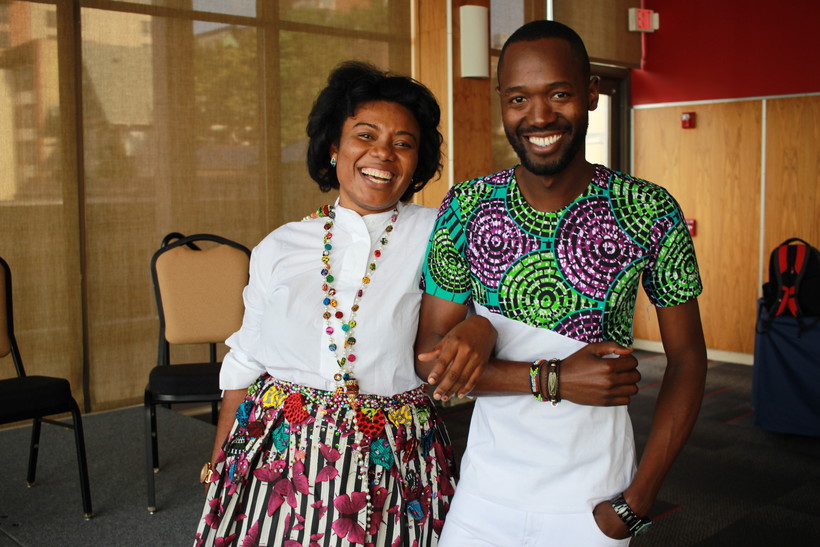 Since 2016, some of Africa’s brightest and most accomplished young leaders have come to the University of Wisconsin-Madison as part of the Mandela Washington Fellowship, a federal program that brings emerging leaders from the continent to American universities for a six-week leadership training program.

UW-Madison is one of 27 universities hosting 700 fellows this year. The 25 fellows placed in Madison are part of the public management track — business and entrepreneurship and civic leadership are the other tracks — due to its position as a large public university, she said.

From 16 countries around Africa, the fellows are doctors, journalists, government officials, lawyers and activists. And this year, the fellows have been more involved in both the campus and the community, she said.

Bridget Otoo, a journalist from Ghana who has interviewed former and sitting presidents of Ghana and reported on stories across the country, says the collaboration she’s had with the journalism professors and deans has given her the opportunity to experiment and gain confidence.

"I thought I was a very confident person ... wait until I get back to Ghana, it’s really shot up because I've been able to have a dialogue with the professors talking freely about the things I'm excited about whether it's in politics or social issues that I'm passionate about," she said.

Shaban Senyange, a journalist who combined his background in wildlife and environmental conservation with his passion for travel and media to create the TV show "ECO-ZONE," applied for the fellowship to advance his leadership skills.

"I was very, very passionate about telling stories ... about creating the change that I wanted to see," he said. "And I say to myself, 'if I wanted to create a bigger impact, then I really need to get the skills to be able to do it.'"

The fellows complete about 500 hours of community service during their stay. Otoo and Senyange have worked with the Goodman Community Center, as well as Gigi’s Playhouse and the UW-Arboretum.

Otoo called her experience at Gigi’s Playhouse, a network of down syndrome achievement centers, eye-opening and amazing. There are huge disparities between kids with down syndrome in the United States and in Ghana, she said.

"As a reporter I had reported on down syndrome before, so it was even more enlightening for me to actually encounter them every day because the longest I have spent ... was when I did my story and was just for a day," she said. "But I got to go there every other week and learn with them and they are so articulate, so eloquent."

With his background in environmental conservation, Senyange has spent much of his time working at the Arboretum. Recently, he was tracking bumblebees and studying conservation efforts.

"I've done a lot of conservation work, and it was such a breath of fresh air interacting with people who are committed toward doing the little things in the community to create a big impact on the environment," he said.

After the fellowship ends, Senyange will go to Washington, D.C. to work for the African Wildlife Foundation to learn more about empowering communities around wildlife and environment conservation.

For her part, Otoo has her sights on a big goal — to be the president of Ghana.