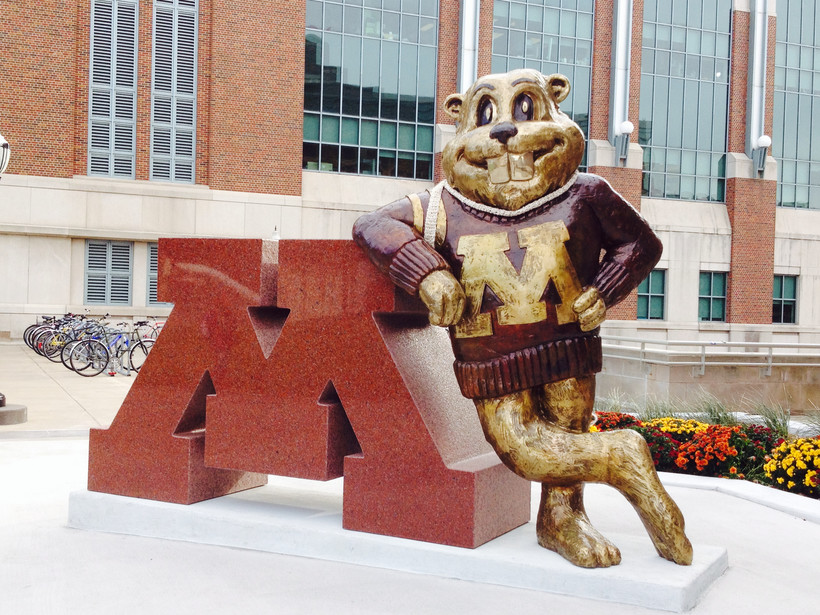 Goldy the Gopher statue sits on the campus of the University of Minessota Twin CIties. Photo: lettawren (CC-BY)

A University of Wisconsin-Madison lecturer says it’s time for state lawmakers to review Wisconsin's college reciprocity agreements with Minnesota and other states.

Reciprocity agreements allow some students from out of state to come to Wisconsin’s colleges for an in-state tuition rate or at a discount. The same goes for Wisconsin students who want to go to some colleges elsewhere. The most popular and recognized reciprocity agreement is with Minnesota, which began in 1968.

Michael Flaherty, a journalism instructor at UW-Madison’s College of Agricultural and Life Sciences and president of a public policy communications firm, recently put the state’s reciprocity agreements under a microscope for the Wisconsin Policy Research Institute and the Milwaukee Journal Sentinel.

Flaherty said he believes that while these agreements are generally a good thing, it wouldn’t hurt to review them more regularly to make sure they’re a good deal for Wisconsin students and taxpayers.

"Taxpayers have a tremendous investment in these campuses," he said. "Did we build them to educate students from other states at a deep discount? I’m not making a claim either way, it’s just to say, 'Let’s back up and make sure we’re counting all the costs and see whether this is a wise thing for us to be doing?'"

Wisconsin has agreements with three states and they involve about 10 percent of the UW System population — about 18,000 students. However, Flaherty said only about 9,000 Wisconsin students attend other states’ universities under the compacts.

"In all three of those compacts, a lot more out-of-state students are coming here than our students going there. So it comes down to how we calculate the cost of educating a university student," Flaherty said.

According to the report: "By at least one measure, the tuition reciprocity agreement with Minnesota benefited Wisconsin by nearly $6 million last year. By another measure, it cost Wisconsin taxpayers $6.7 million. By a third measure, the cost could be double that amount."

"We just want to make sure Wisconsin is getting what it’s paying for," Flaherty said. "The cost-benefits of these agreements deserve a closer look."