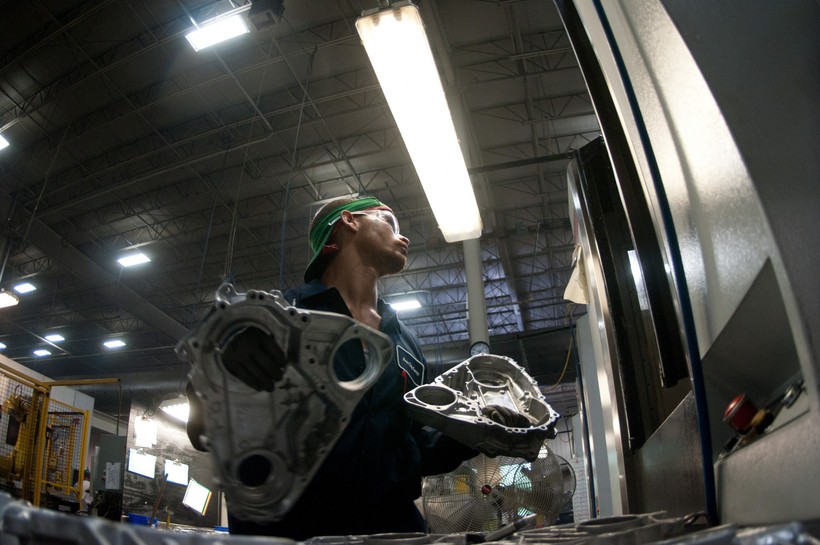 As the state budget process runs on and legislators debate substantial cuts, a pair of University of Wisconsin-Madison economists are debating the current health of Wisconsin's economy.

Earlier this month, UW-Madison economist Noah Williams wrote an op-ed in the Milwaukee Journal Sentinel saying that despite media reports to the contrary, Wisconsin is outpacing many other states economically. The piece attracted controversy and sparked a back and forth in the opinion pages of the Journal Sentinel over just how well the state is faring.

Williams said he stands by his assertions.

“I think, overall, at least relative to other states and relative to the nation as a whole, the economic situation in Wisconsin could be described as relatively good. In many dimensions, stronger than the national averages,” Williams said.

While Wisconsin’s 4.6 percent unemployment rate beats the national average of 5.5 percent, the state does lag in job growth. Williams was compelled to dig deeper into the state’s lagging job growth numbers and said that it could be that Wisconsin just has less room to grow because it has less rungs to climb out of the recession.

“Wisconsin did not fall as much in the recession. Therefore over the recovery, it hasn't grown as fast. But, I wouldnt say that’s a sign that we’re not healthy," said Williams.

He pointed to the city of Detroit as an example. While some economic numbers show Detroit is booming right now, he said that’s mostly due to the fact that it all but collapsed during the recession.

Steven Deller, Williams’ colleague in the Department of Economics at UW-Madison, agreed that Wisconsin escaped the recession with less damage than other states, but contended that Wisconsin should probably be further along in its recovery.

“You would think that if we did not get hit by the recession as strongly as other states, that would put us in a better position to take advantage of the national growth, and we’re not seeing that,” Deller said.

Deller added that evaluating the economy is a kind of spin of the kaleidoscope — what one sees depends on which indicators one looks at.

“One of the things that’s a kind of running joke among economic policy analysts is 'give us enough time and we can make the numbers say anything you want them to say.' It really varies on what do you hold as value in terms of economic growth and economic development,” Deller said.

“Part of the debate we should be having now is whether or not the short-term policies of fiscal austerity within Wisconsin is really the right thing to be doing in this particular point in time,” he said.