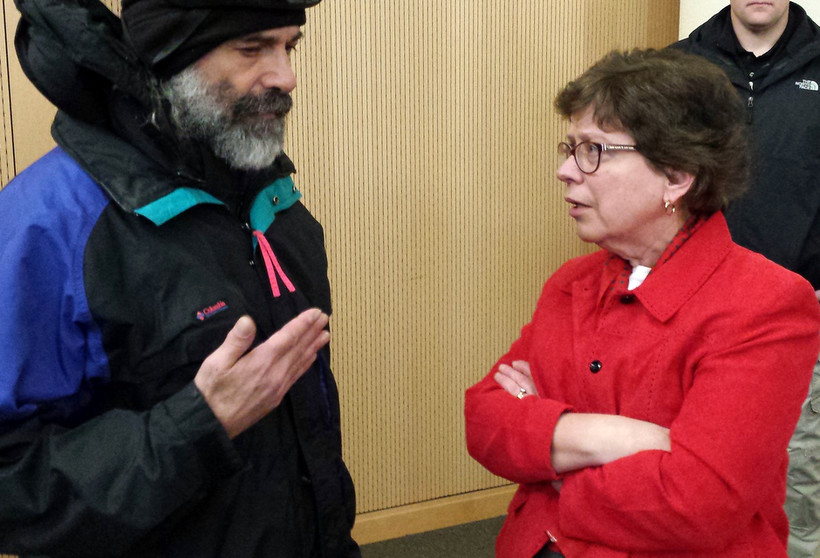 UW-Madison Chancellor speaking to an attendee of a budget forum on Friday.

University of Wisconsin-Madison Chancellor Rebecca Blank says a permanent tuition cap like the one being discussed by some Republicans could "actively harm" the university, especially if state funding continues to drop.

For the first time this week, Gov. Scott Walker said he'd be open to some kind of permanent tuition cap, possibly one tied to the Consumer Price Index. Walker's comments come as he's also promoting a piece of his budget that would give the UW more freedom to handle its own finances in the future.

Blanks said the university will have to cope with unforeseen events in future years, like a spike in oil prices. In those situations, she said the UW will need flexibility to balance its budget, especially if the state's share of university funding continues to decline.