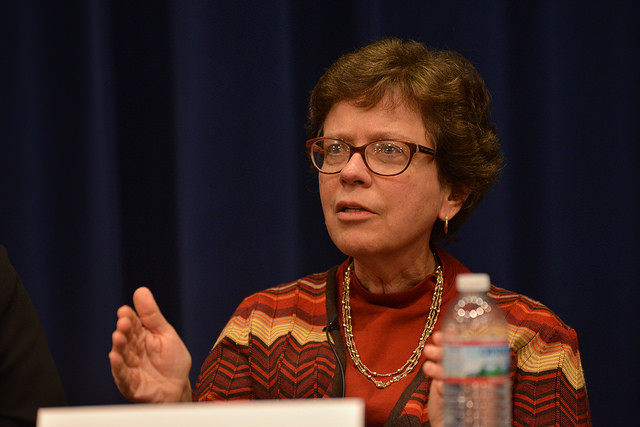 Blank Tells Board Of Regents That Recent Headlines Will Result In University Losing Top Scholars
By Shawn Johnson
Share:

University of Wisconsin-Madison Chancellor Rebecca Blank said Thursday that the news of the past week involving Gov. Scott Walker's budget will prompt other universities to “raid” her best faculty.

Blank told the UW Board of Regents that news about the university had spread around the country.

“As a result of the headlines of this past week, we are going to have a huge increase in outside offers for our faculty. They will come raiding our best faculty,” she said.

Blank said the university had already suffered what she called the first casualty when the School of Medicine and Public Health was in the final stages of hiring a top researcher.

“That individual who was making his final decision this past week sent an email to a number of us in the last several days saying that he is not coming — he's been following the news in Wisconsin and he's really afraid that if he comes here we will not be able to invest in research in medical science of the sort that is needed in the years ahead to be the sort of place that he wants to be at,” said Blank.

Walker's budget would cut $300 million from the UW and freeze tuition on in-state students for another two years.