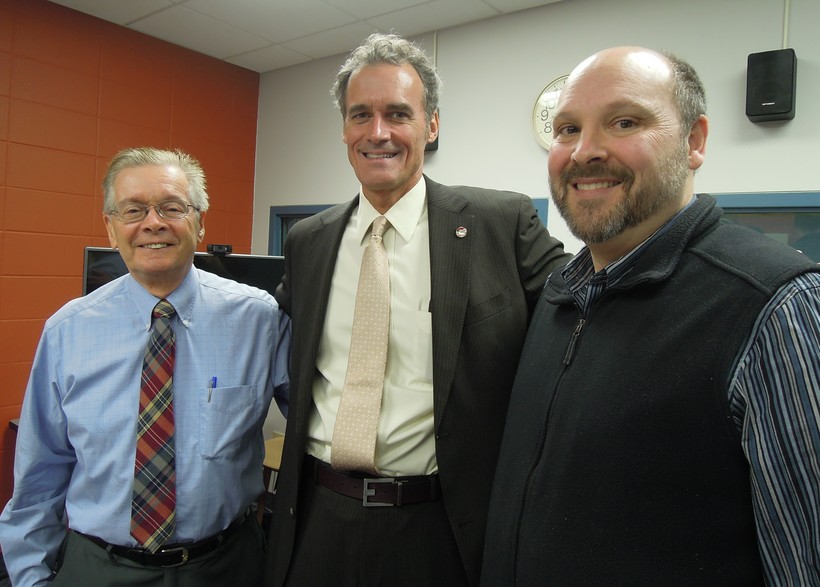 “The cut is too big!” that’s according to UW-La Crosse Chancellor Joe Gow, responding to this week’s announcement by Gov. Scott Walker that his two year budget proposal set to be released next week will include a $300 million cut to the UW System.

For UW-La Crosse, it would mean about $12 million dollars in budget cuts over the next two academic years. Gow says since 86 percent of the budget at UW-L is spent on employee salary and benefits, keeping positions open and even layoffs would be a likely result if the governor’s budget proposal becomes law.

The state of Wisconsin has a nearly $1 billion dollar deficit heading into the next two year budget cycle. Additional revenue from tuition isn’t an option because lawmakers want tuition frozen for the next two years.

In addition to the budget proposal and tuition freeze, the governor is also suggesting a new form of autonomy for the UW System starting in 2017, by allowing four year universities and two year colleges to become a public authority. That would guarantee a level of funding from the state’s sales tax that would be adjusted each year for inflation. It would also give the UW System unprecedented freedom to spend money: things like, setting tuition for students, salaries and benefits for employees and making plans for future buildings.

UW-La Crosse officials say they are also concerned about the message being sent by the governor and other politicians that it may be time for faculty to do more teaching and spend less time doing other work like research.

“In the future, by not having limitations of things like shared governance, they might be able to make savings just by asking faculty and staff to consider teaching one more class a semester,” said Walker.

But UW-La Crosse biology professor and Faculty Senate Chair Brad Seebach says college faculty put in long week’s even if all their time isn’t spent in the classroom.

“We do spend a lot of time in the classroom,” he said. “But because of the level of education we are at, we spend more time working with students outside of the classroom than we do inside the classroom.”

Seebach says faculty also spend a great amount of time updating their subject areas to make sure the quality of education they are providing is maintained.

Some officials are concerned the talk of politicians questioning the work ethic will hurt morale at universities and colleges around the state, but Chancellor Gow has another concern.

“Those comments about what faculty do and maybe what people want them to do are unfortunate and uninformed,” he said. “We’re going to have to educate legislators in particular and some in the public that it’s a full day and night all week when you’re a faculty member. It’s really kind of a distraction. The core issue is this massive defunding of higher education, and I don’t want the conversation to go somewhere else.

Gow says the proposed $300 million cut to the UW System is on top of hundreds of millions of dollars in state funding cuts higher education has faced in the last 10-15 years.