A student called the University of Wisconsin-La Crosse "broken" for failing to take punitive action against a professor who was later found to have sexually harassed her.

But a university administrator continues to defend their initial investigation, while acknowledging flaws in how information was shared with the victim.

The investigations came to different conclusions about allegations made by UW-La Crosse student Caycee Bean that Elgin had sexually harassed her during a private lesson in 2015.

The report from UW-La Crosse found "the evidence available was insufficient to sustain a finding" that Elgin had violated university policy.

But the report from a later investigation by UW System found Elgin did sexually harass Bean and engaged in "other unacceptable behavior." That report included interviews with one current and three former students who detailed similar encounters to Bean’s complaint. They came forward after Bean posted about her frustration with the initial investigation in a widely-shared Facebook post. 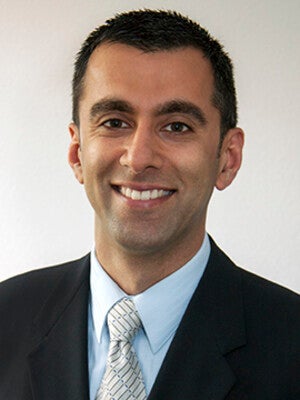 Nizam Arain is director of equity and affirmative action and the Title IX coordinator for UW-La Crosse. He feels the university followed correct procedure when investigating the allegations against Elgin.

"We believed that report when it was submitted, and we investigated it to the best of our abilities. And the result of that investigation was simply that we did not have sufficient evidence to render a finding that our employee had violated our policies," Arain told WPR. "That changed when more students came forward who we were unaware of and had no way of knowing how to identify them in the first place."

Arain said having additional complaints against Elgin caused the university to reopen the case. And he said bringing in the UW System helped ensure investigators could not be accused of bias.

"Any time we take action to hold someone accountable or impose disciplinary sanctions on a person, if that outcome is able to be challenged and reversed in a lawsuit down the road, that does no one any good," Arain said. "So it's important to me that our process be air tight and that we be able to stand behind the results that we impose on all of the parties."

He said the university does acknowledge that officials did not properly communicate with Bean during the investigation.

At a press conference in December, Bean said she had to contact the university to find out the results of the investigation after returning to campus from summer break.

"They said that they were going to be giving me updates all along throughout the investigation and I never received any updates," Bean said.

In the same press conference, Bean said the findings of the UW System investigation show change is needed in how UW-La Crosse handles reports of harassment and other misconduct.

Arain said he understands Bean’s frustration with the lack of communication and that his office is working to learn from the experience.

"I would never begrudge anyone their legitimate opinion and experience. And I understand where she’s coming from when she says that," Arain said. "I think the best that we can do is to ensure that we’re treating people with the respect and with the compassion that they deserve and living up to our standards as far as how we communicate and how we process those complaints. And I think she's correct to be critical of some of how that happened in her case and the best that we can do with that feedback is to hear it, take it seriously, act on it and work to make our process and how we communicate our process to the campus better in the future."

He said the university has created new guidelines for how often both parties are updated about misconduct investigations.

And Arain said his office is now working to hear from students, faculty and staff about how they can improve the reporting process. The university has scheduled an open forum on Wednesday, Feb. 12 to talk about the investigations involving Elgin.

UW System spokesperson Mark Pitsch denied a request for comment on how the system handles harassment investigations, saying "the report speaks for itself."

Elgin, who retired in December, has continued to deny any claim of sexual harassment. In a statement from his attorney, Elgin said the system report is "not an impartial document" and said investigators ignored his testimony and statements from supportive students and staff.