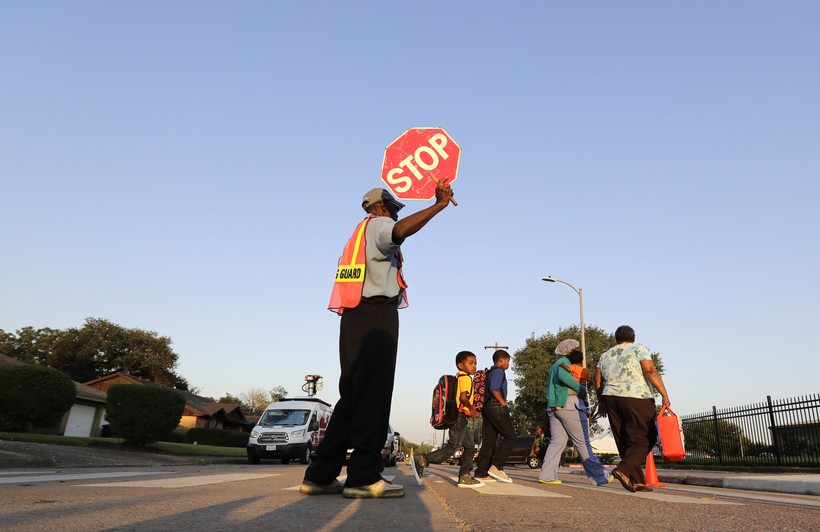 Even as the unemployment rate holds steady near record lows, the rate of people actually working or looking for work is on the decline, a report from the University of Wisconsin-Extension shows.

While businesses are worried about filling vacated positions, older adults could be tapped to fill that employment void, said Jim Flaherty, communications director for AARP Wisconsin.

Some have already begun returning to work.

Workers ages 55 and older comprised 24 percent of Wisconsin's labor force, an increase from 13 percent in 2000, according to the WIndicators report, published by UW-Extension's Center for Community & Economic Development and co-authored by community development specialist Matt Kures.

Participation rates, investigated in the report, show the number of people who are actively employed and unemployed and looking for a job, compared to the state's population, Kures said. The unemployment rate only indicates the rate of people searching for a job.

Even though participation rates for people in the age category of 55 and older are significantly lower than those in their working prime (ages 25 to 54), the number of people in these groups working or looking for work has risen in the past several decades.

This graphic compares the total number of people in the labor force between ages 55 and 64 and ages 65 and older in 2000 and 2017. Graphic Courtesy of the Bureau of Labor Statistics, Current Population Survey

Flaherty said about 19 percent of those 65 and older are in the workforce in Wisconsin.

"These increasing rates can be attributed to financial needs and longer life spans," the report states. "Older workers may also have a desire to remain engaged in the labor force due to personal desires, social connections or economic conditions."

Flaherty agreed, noting that older adults are re-entering fields to use the skills that they've developed over their careers.

Some want to give back to the community in which they reside, Flaherty said. For others, getting a job post-retirement is necessary to supplement what he called "basic programs" such as Medicare and Social Security. Others are working longer to get the full payout from these programs, rather than the portion that's distributed if they retire early.

How'd We Get Here?

Fittingly, during this time, Kures said the number of college enrollments is increasing.

While the rates for workers in their prime ages has gone down, it's not having as much of an impact on the labor industry as older employees leaving, Kures said. Even if workers 25 to 54 years old worked at the same rate of those in 2000, there would still only be an additional 25,000 people in the workforce.

"The bigger story there is that our age structure is changing in the state," he said. "In the last decade alone due to the aging of our population, we've seen about 150,000 fewer in that age group (of older adults) because of their aging out of our population."

Minimizing the affect of the trend is the increase in the rate of older adults engaging in the workforce.

"Had those participation rates not increased over the last decade or so, there'd be even fewer people in the workforce than there are now," he said.

Kures said while there's potential in automation and in immigration to fill empty positions, there's also room for adults to return to the workforce, Kures said.

Similar to Flaherty, Kures suggests some adults want to return to the workforce to be an engaged part of the community and economy.

"Those individuals I think do provide an opportunity for us to increase our workforce going forward," he said.

According to the WIndicator report, the number of residents younger than 55 is expected to grow by 37,000 people between 2020 and 2025 in Wisconsin. The cohort of residents 65 and older is slated to jump up 194,000 in those same five years.

That brings up other questions, though, for example how to train returning employees for jobs they left behind a decade or more ago.

"When we talk about workforce development, we typically talk about younger individuals," Kures said. "Maybe there's an opportunity for our older workforce, as well."

While older adults may have a role to play in filling vacant jobs, Flaherty warned that they are battling stereotypes and find it twice as hard to get back into the workforce.

"There's all kinds of myths about older workers that simply aren't true," he said, noting some examples as they have too many health problems or that they're out of touch with technology.

He pointed to AARP resources that help train older workers, provide tips on re-entering the workforce and help strengthen job skills, including immersion in technology.

"Technology is something that younger people think older people are afraid of, but in fact, the numbers aren't backing that up," he said. "They are willing to be retrained and they want to re-engage in society. And technology is a major part of that."

Flaherty said some adults re-entering the workforce are interested in jobs such as consulting, computer technology and health care. Others may find new careers driving trucks or city and school buses, or other positions that are more flexible and less stressful than what they may have spent their careers doing.

Flaherty said as the age structure in Wisconsin shifts and more older adults are in the workforce, it will be imperative for generations to be tolerant of each other and learn from the skills each group has to offer.

"These barriers have got to be broken down," he said.