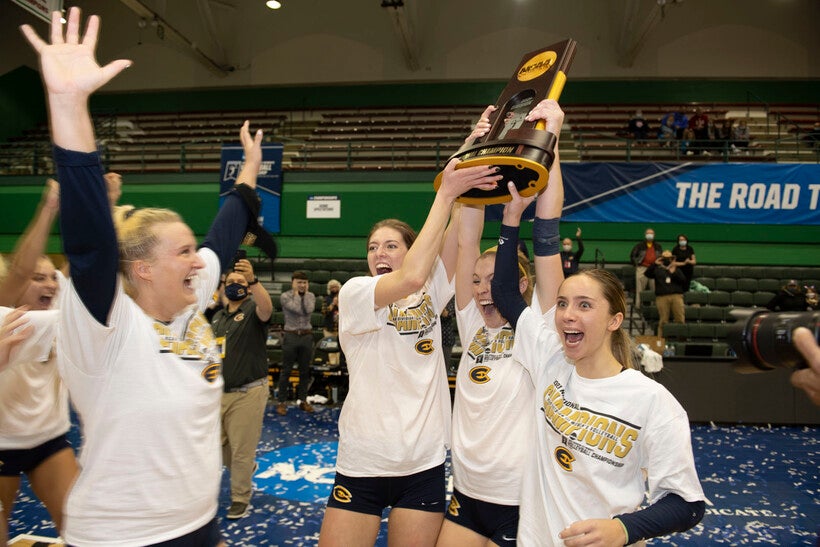 The University of Wisconsin-Eau Claire Women's Volleyball team made history with its first national championship victory Saturday. Coaches and players say the win has put the team on the map and will strengthen the program moving forward.

On Saturday, UW-Eau Claire faced sixth-ranked Calvin College in the championship game. It was a rematch of sorts — Calvin defeated Eau Claire in the 2018 NCAA Division III semifinals.

But the 2021 championship was all about UW-Eau Claire as the team swept Calvin in three sets.

"We're just really, really proud to bring home a national championship," said Wudi. "There's really only been a couple of other sports at the university who have been able to win the team championship and to be able to do it for women's volleyball for the first time is really, really special."

Wudi said clinching the championship follows a historic winning season for the team. She said they've gotten support from fellow coaches, former players and other alumni excited about the future of the volleyball program.

"That's our goal, is to win championships," said Wudi. "And so to have that not just be something we're striving toward, but something that we've done, is really great in terms of the ability to recruit high-level players and high-level student athletes from really across the country."

Wudi said eight players from this year's championship team are set to graduate in spring. But she said members of the secondary scout team beat the starters during practices just before the tournament.

"So, there's a lot of people on our sideline that haven't been in the matches that are really chomping at the bit to get after it," said Wudi. 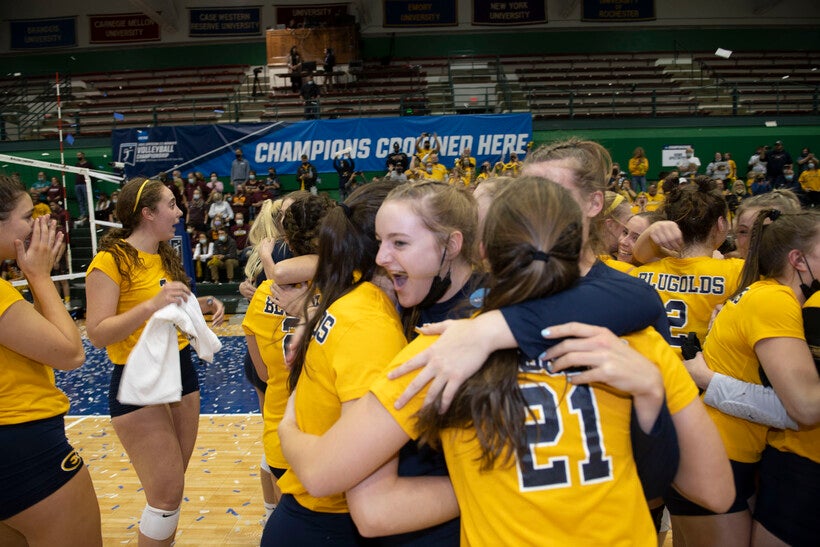 Abby Volk is a senior at UW-Eau Claire and the team's middle hitter.

"It was surreal," Volk said. "We still talk about it today even, we just don't believe that it's real."

Volk said beating the best-ranked teams in the nation the year after all fall sports on campus were canceled due to the COVID-19 pandemic was special. She said defeating Calvin College, with some members of the 2018 Eau Claire team in attendance, was an added bonus.

"So, I mean, it was kind of a revenge match, but we also wanted to continue making history," said Volk.

Volk said she has 100 percent confidence UW-Eau Claire's next crop of starters will give it their all and make an impact in seasons to come. 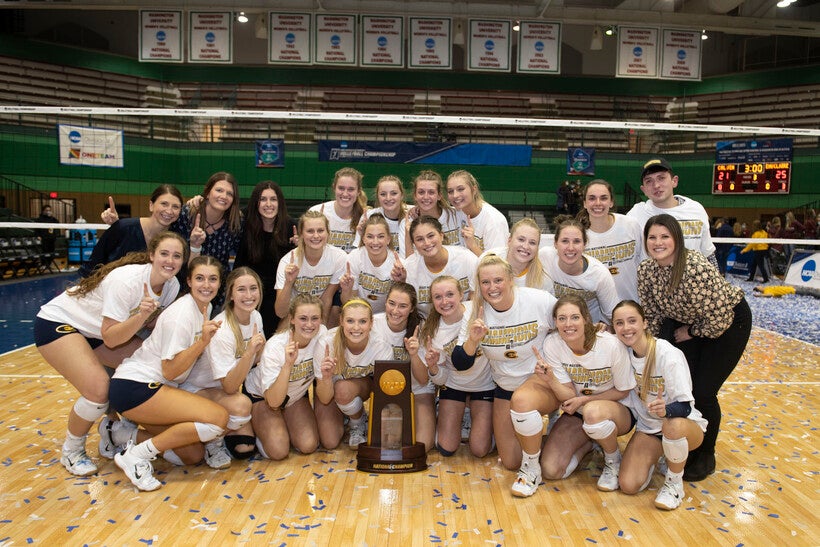