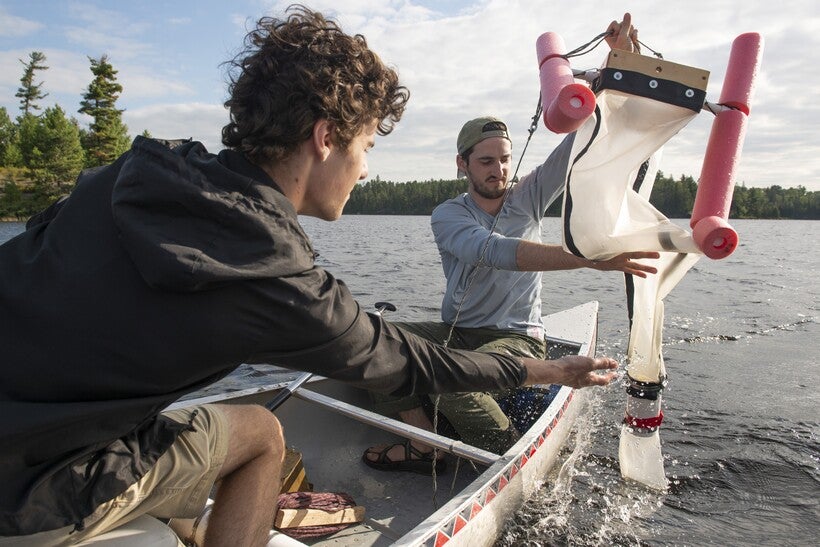 A team of researchers at the University of Wisconsin-Eau Claire have found microplastics in the million acre Boundary Waters Canoe Area Wilderness (BWCA). Plastics, and in particular fibers, have been found in water, soil and worms collected during nearly two weeks of fieldwork.

Biology professor Todd Wellnitz and a team of four student researchers began the study by collecting earthworms from the BWCA in June. In an article released by UW-Eau Claire, Wellnitz said they found high concentrations of plastics in some of the samples.

"We found 80 pieces of microplastics in one earthworm that we examined," Wellnitz said. "That blew me away."

The research team returned to the BWCA in August to collect more worms along with water and soil samples near campsites and portages where human traffic is high. In an interview with WPR, Wellnitz said they also collected samples in remote areas in hopes of establishing a baseline for the study.

"We were not just going up there to see if there are microplastics," said Wellnitz. "We were interested in seeing how much is there and also what is the probable source?" 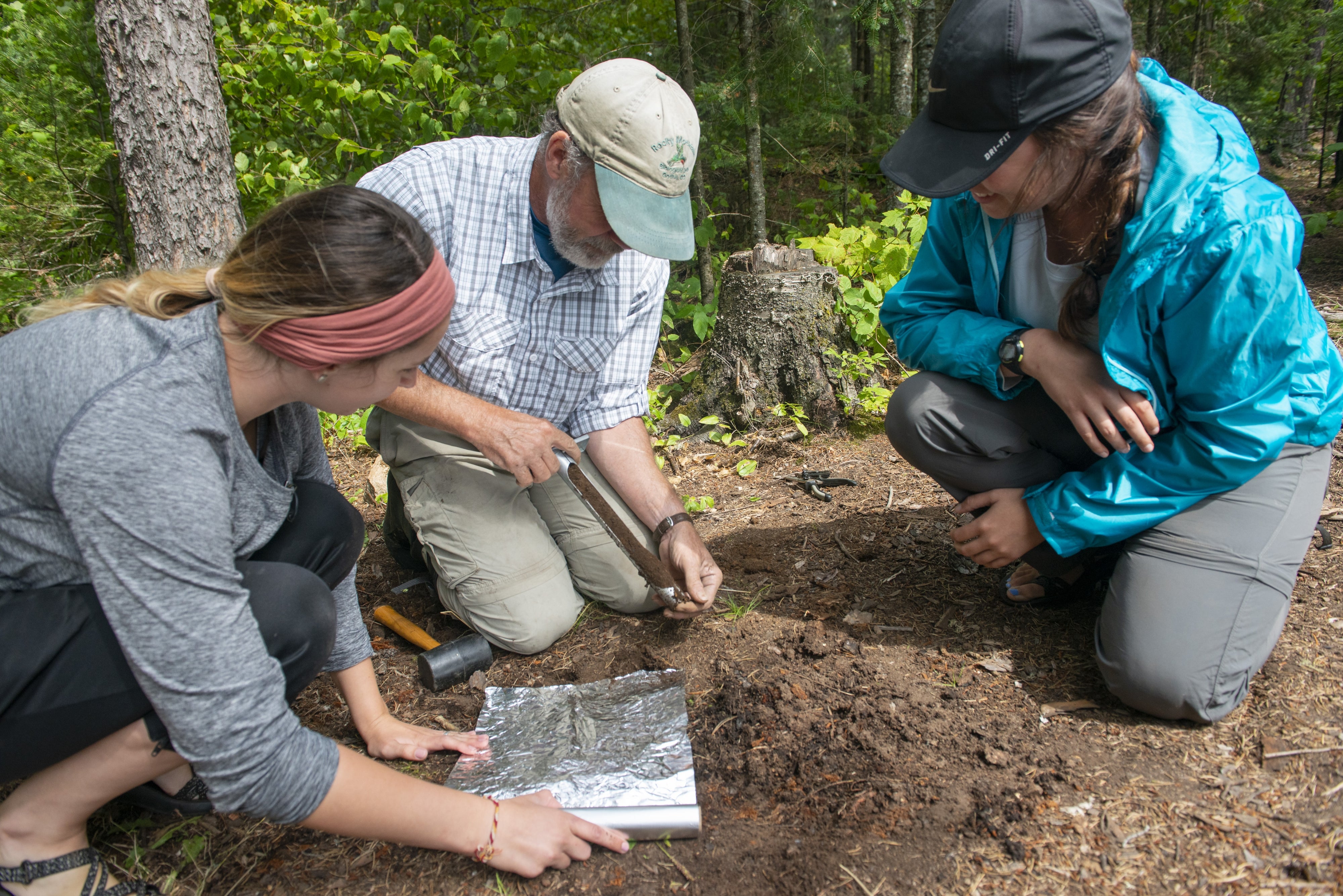 Wellnitz and the students are still analyzing the samples, but he said most of the microplastics they’re finding are fibers that can be shed from synthetic clothing and fabrics. But he said other research has found the plastics can be spread by wind, rain and snow. He said finding microplastics in worms can impact the entire food chain.

"It can definitely have implications for other things like the birds and the things that eat the birds and of course people," said Wellnitz.

Wellnitz described the research as preliminary since the team took around 60 samples from a small portion of the BWCA. He said the results could form the basis for larger research projects in the future.

Meghan Valliancourt is a microbiology major at UW-Eau Claire who is participating in the microplastics study. She said the team looked for "control sites" that were difficult to reach. She said even in remote areas microplastics turned up.

"We’ve only analyzed a few of the worms so far but there’s anywhere from one to five fibers or plastics in the control worms," Valliancourt said. 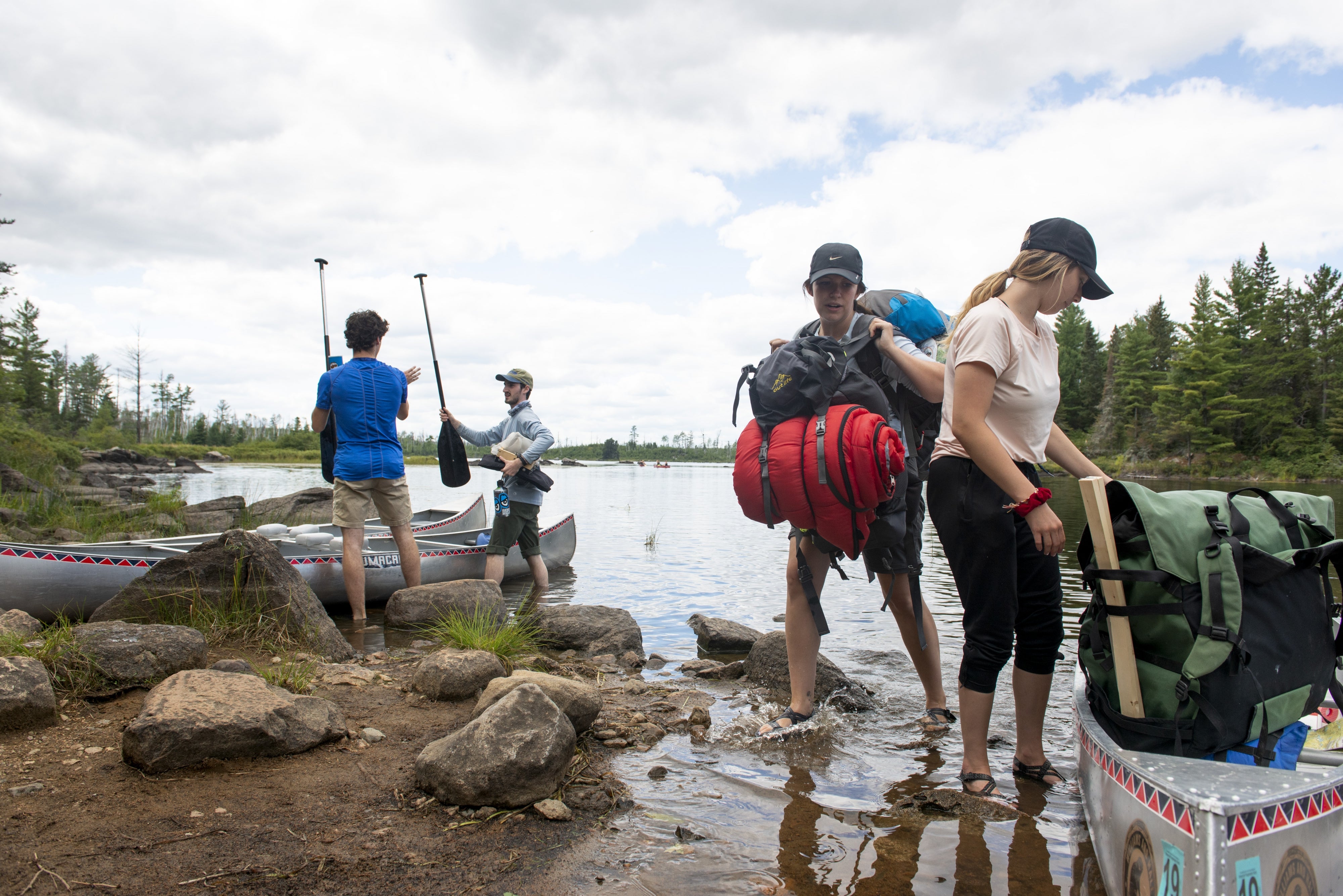 UW-Eau Claire biology major Monica Dickson was tasked with collecting soil samples, which she told WPR are still being analyzed as well. She said the team has had to work through challenges throughout the project including separating microplastics from organic materials. Dickson said being a part of the research project has been a valuable experience.

"It’s actually really cool stuff and you gain a lot of skills that you never really would have thought of and it just kind of overall rounds you as a student," said Dickson.

Valliancourt and Dickson say other team members collected water samples from six lakes in the BWCA wilderness. She said microplastics were found in all the samples but concentrations were highest in waters near campsites and portages.

The researchers hope to complete their lab work by next spring in order to present research on campus and possibly publish their results.