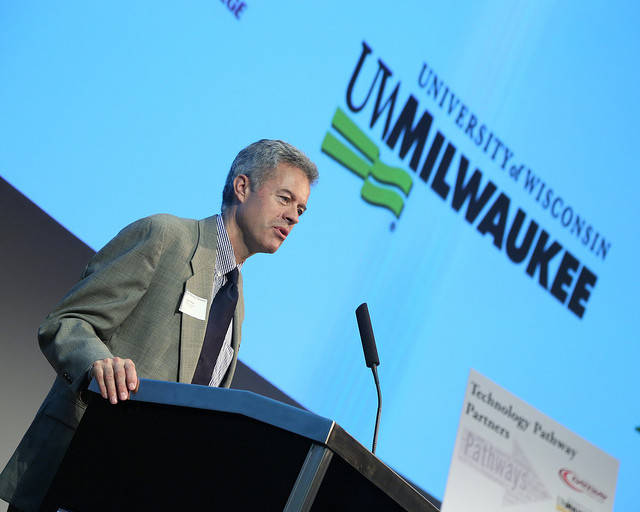 UW-Milwaukee Chancellor Estimates 200-300 Jobs Would Be Lost At His Campus
By Maureen McCollum
Share:

Some University of Wisconsin chancellors brought rough estimates of how many jobs they may have to eliminate under the governor's proposed budget at a Board of Regents meeting on Thursday.

UW-Stevens Point may have to eliminate 115 positions, half of which are currently filled. UW-Madison's chancellor has also said job cuts are possible at that campus as well.

UW-River Falls Chancellor Dean Van Galen said if the budget cuts stay at their current level, there’s no way to avoid layoffs. He said they'll try to minimize the impact to students, meaning they'll look at administrative and support positions.

"Financial aid, human resources, police — these are the other administrative areas that you have to start doing some pretty significant changes to. I think there’s an element of adding risk in some cases — difficulty in terms of compliance with the Department of Education standards, with NCAA."

UW-Milwaukee Chancellor Mark Mone said the school is likely facing $24 million in cuts each year of the biennial budget, adding to continuous cuts from previous budgets.

"We’ve cut already so much in the administrative ranks trying to protect students and research, that the types of cuts that we’d be looking at now would be in terms of a lot of the student support," said Mone.

Mone said that unless the budget cuts are reduced, UW-Milwaukee may have to use more adjunct faculty and increase class sizes. Graduation time could also be impacted, he said.