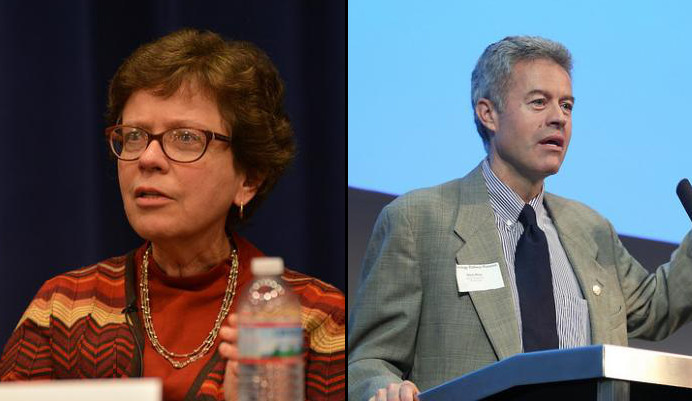 UW Chancellors: Cuts Are Expected, But Hopefully Smaller Than What Walker Proposed

The chancellors of the two largest University of Wisconsin System campuses say that while they expect budget cuts, they might not end up being as deep as those that Gov. Scott Walker has proposed.

UW-Madison Chancellor Rebecca Blank and UW-Milwaukee Chancellor Mark Mone spoke Wednesday at a WisPolitics forum in Milwaukee, where they were asked to sum up the status of the effort to lessen the governor's proposed $300 million (or by some figuring, $350 million) cut to the UW System.

Mone said that while he was initially guardedly optimistic, he now expects some cuts will be made.

"I have to believe that based on the legislative discussion, that the cut will not be as bad as what we're hearing proposed," said Mone.

Said Blank: "I'm optimistic we will get something less than the $350 million cut that's hanging out there. But given the difficulties of this revenue year, I don't know how much less."

Blank also said she's still pushing for some flexibilities for the UW-Madison.