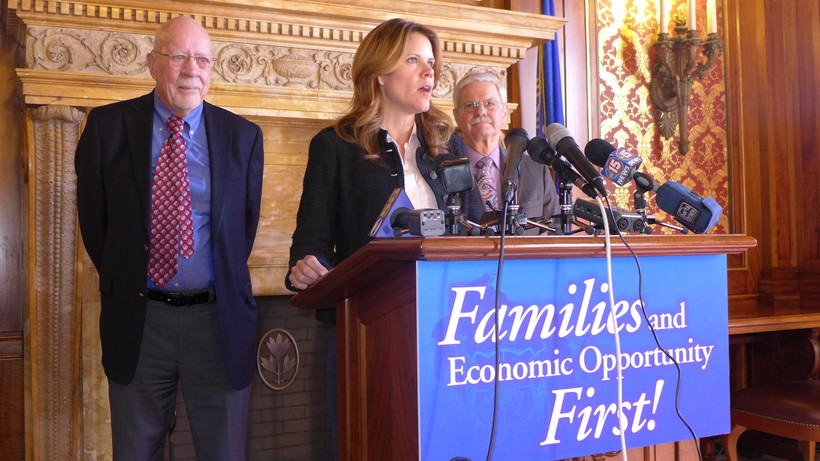 Democratic state Rep. Chris Taylor called on the governor and GOP lawmakers to reduce planned cuts to the UW budget at a press conference Monday.

At a news conference ahead of the governor's Tuesday budget address, Madison Rep. Chris Taylor said Republicans should be open to compromise.

"Republicans represent a lot of people who went to the UW,” Taylor said. “They represent employers who depend on being able to hire from the UW and they represent companies coming out of the UW. So they understand too that this is bad economics."

Walker has pitched the cut to university funding as a fair trade for giving university administrators more autonomy in spending decisions. But Democrats argue the cuts will weaken a university system that has been an engine for the state's economy.