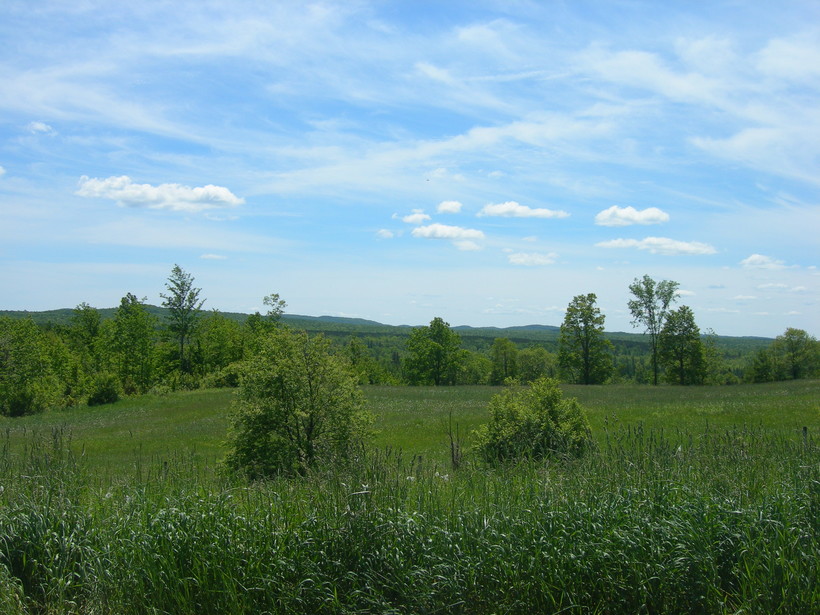 Terrain near the site of the now-scrapped GTAC mine site.

U.S. Geological Survey researchers are studying core samples taken from a proposed mine site in northern Wisconsin, trying to determine the mineral makeup of the iron ore deposit in the Penokee Range.

Retired USGS geologist Bill Cannon said researchers are going through about 75 samples from three cores taken where GTAC planned to mine. Cannon said they’re determining whether a group of minerals exist called amphiboles. Some amphibole minerals are commonly referred to as asbestos.

"If the area is mined some of these layers will be ore, others will be waste rock and so on. They will have different ways of being treated and being handled in part based on their mineral content," said Cannon.

The samples have been shipped to a lab in Virginia. Researchers have completed an X-ray diffraction analysis for about 2/3 of the samples to identify all the minerals. The next step is to quantify the percentage of each mineral contained within the samples. Cannon said they will then be analyzed under an electron microscope.

He added that Tom Fitz, associate professor of geoscience at Northland College, has shared the results of his studies in the Penokee Range. In October, Fitz said samples tested at the USGS Microbeam Lab in Denver confirmed minerals like grunerite, which contain asbestos-like fibers, exist in rocks from outcrops in the Penokees.

"Our expertise is in geology and mineralogy and geochemistry," said Cannon. "We’re providing data for other types of analyses of what should be done and shouldn’t be done. We’re not involved in any kind of regulatory activities other than providing data and advice."

Cannon added it’s possible more samples may be retrieved from the range this spring.

"We’ve sampled the westernmost drill hole, but it’s not at the western end of the iron range," he said. "There’s maybe 5 miles of iron formation west of where we’ve sampled. The only way to sample that is from natural bedrock exposures. We’re thinking it would be nice to have samples from way on the east where the rock has not been re-crystallized enough to have amphiboles."

"There’s plenty of opportunities for good science to take place," Adams said. "It’s an important resource that we feel can be developed safely."

Adams said they’ve been continuing to hold meetings with Iron County officials since the county is in the process of rewriting its comprehensive plan. He said they want to ensure the possibility of mining is included in any updates.

Meanwhile, Cannon expects the results of the USGS study to be released in about 18 months. USGS has signed a confidentiality agreement in order to gain access to the core samples. He said no preliminary findings will be released without the consent of Congdon Mineral Management, Inc., La Pointe Iron Co., and RGGS Land & Minerals.