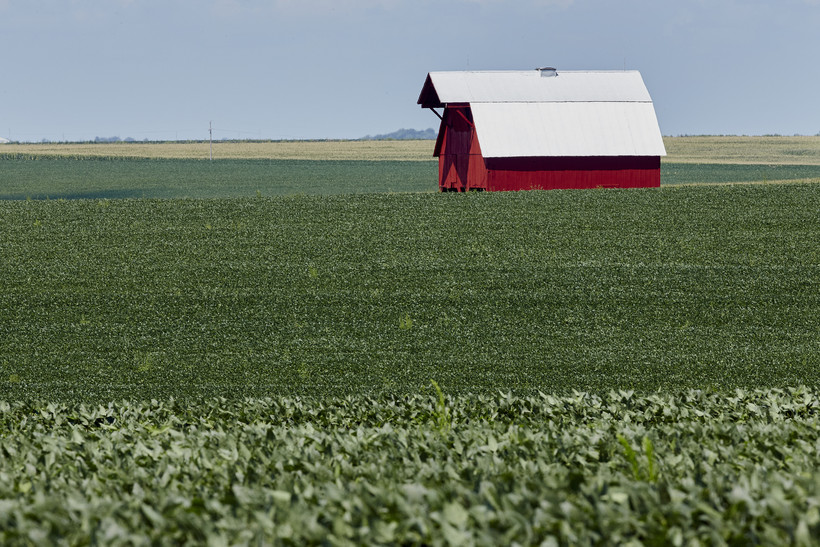 USDA To Make $4.7B In Direct Payments To Farmers Hurt In Trade War

The U.S. Department of Agriculture estimates it will pay farmers $4.69 billion in direct payments to help soften the blow from retaliatory tariffs that are part of trade battles with China, the European Union, Mexico and Canada.

"Early on, the president instructed me, as secretary of agriculture, to make sure our farmers did not bear the brunt of unfair retaliatory tariffs," said Perdue. "After careful analysis by our team at USDA, we have formulated our strategy to mitigate the trade damages sustained by our farmers. Our farmers work hard, and are the most productive in the world, and we aim to protect them."

Soybean growers will get the lion’s share of the payments at around $3.6 billion.

Wisconsin Soybean Marketing Board Executive Director Robert Karls said that works out to around $1.65 per bushel for his members. He said the subsidies will help but the price of soybeans has already dropped by around $3 per bushel since the trade war between President Donald Trump’s administration and the Chinese government began this summer.

"If anything, it’s what I would call some type of a disaster payment in hopes that farmers can at least pay their bills to go on and hopefully be optimistic for a better year in 2019," Karls said.

Even if the tariffs are eliminated and a better trade deal is worked out with China, Karls said he’s worried United States and Wisconsin soybean farmers are losing market share in the meantime.

"Brazil is planning a 4 percent increase in soybean production because they see an opportunity to export to China," said Karls. "You also hear about how Russia is selling land to China, I read 2.5 million acres, for them to grow soybeans themselves."

The $4.69 billion in farmer aid is part of a $12 billion program that includes government purchases of commodities including soybeans, dairy and cranberries. About $200 million will go toward the USDA's Agricultural Trade Promotion Program to provide cost-sharing assistance for organizations that promote U.S. agricultural goods.

In a press release from the American Farm Bureau Federation, executive director Zippy Duval urged Trump and U.S. trade negotiators to stand tough and work quickly to reach an end to retaliatory tariffs.

"The additional burden of tariffs on the goods we sell to China, Canada, Mexico and the European Union has been more than many farmers can bear. Today’s aid announcement gives us some breathing room, but it will keep many of us going only a few months more. The real solution to this trade war is to take a tough stance at the negotiating table and quickly find a resolution with our trading partners. If we’re going to turn our farm economy around for the long-term, we need to open more export markets with fair trade deals, and the sooner, the better."

Also Monday, the USDA announced that preliminary agreements between the U.S. and Mexico had been reached during renegotiations of the North American Free Trade Agreement.