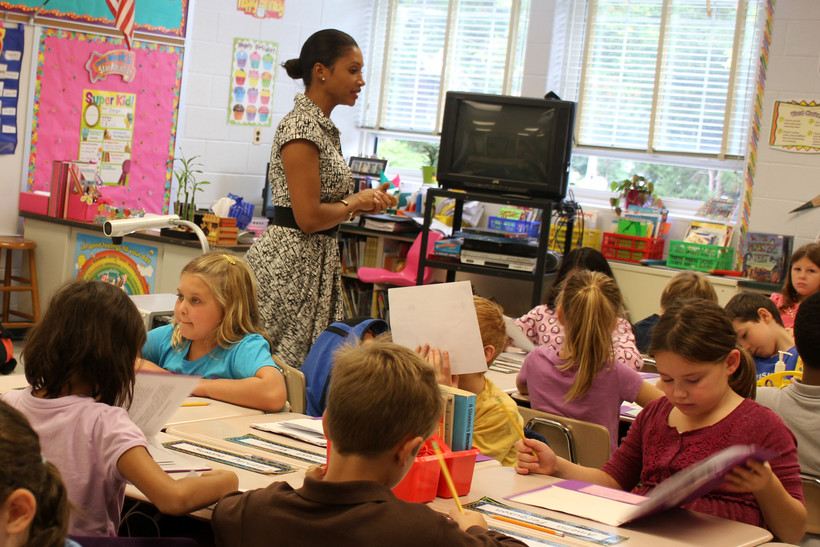 US Teachers Among Lowest Paid In Industralized Nations, Analysis Says

American teachers are among the lowest paid in the world, according to the Brookings Institution.

Not only do teacher salaries in the United States trail most industrialized countries — they trail by a significant amount.

To compare teacher salary across countries, the analysis examined teacher pay against earnings on average by all college graduates.

Of the top 32 industrialized nations, the U.S. placed 27th, ahead of Italy, Hungary, Chile, the Slovak Republic and the Czech Republic. The five highest paid teacher salaries on average were found in Korea, Luxembourg, Spain, Canada and Portugal.

According to Dick Startz, an economist at the University of California, Santa Barbara, other countries are clearly making teaching a much more attractive career path for college graduates.

Teacher salaries are having a clear influence on recruiting and retaining educators, particularly among those who teach in the sciences and mathematics fields, Startz said.

"Teachers tend to bail out of teaching relatively early compared to most other professions," he said. "And a lot of that is they may like what they're doing, but at some point they're having kids, they're going to get a mortgage and they bail out for something that pays better."

The bottom line, said Startz, is that test scores and other educational outcomes among American students are slipping. The U.S. is losing its place as the world's leader in a variety of rankings.

"If we want our educational system to return to turning out the students who are best equipped for jobs, who are the best equipped citizens and all of those other things, we need more of the better teachers, and that's why we need to raise salaries," he said.