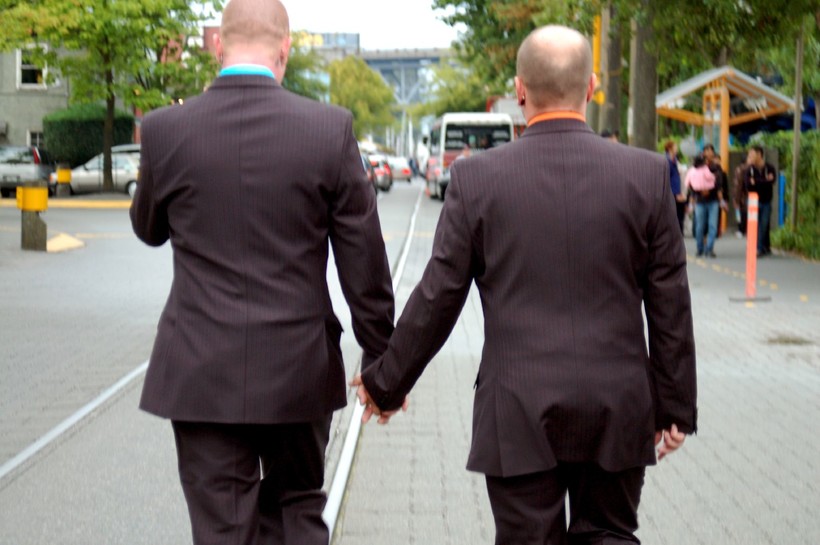 The U.S. Supreme Court has denied a review of Wisconsin's same-sex marriage lawsuit, meaning that marriage equality is now the law of the land in Wisconsin.

In a brief order on Monday morning, the Supreme Court denied a review of a lawsuit challenging Wisconsin's state constitutional ban on same-sex marriage.  The court's order included no opinion and no explanation of any kind, but by denying a review of the case, justices let stand two lower court decisions that had already ruled Wisconsin's gay marriage ban unconstitutional.

The court's order essentially clears up any ambiguity on this issue -- at least in Wisconsin.  Same-sex couples married in early June will now have their marriages recognized by the state. Same-sex couples who want to wed can do so whenever they please.

The court also denied review of same-sex marriage decisions in several other states, meaning gay marriage is legal there, too.

Some county officials are already responding to the court's order.

"The department, having made every effort to fulfill its duty to defend the state constitution, will now work with its state agency clients to implement the order," said Dana Brueck, state Department of Justice spokeswoman.

The order clears up most of the ambiguity on this issue, at least in Wisconsin.  Same-sex couples who want to wed can do so whenever they please.

Officials with the ACLU of Wisconsin, which represented plaintiffs in Wisconsin's gay marriage lawsuit, said same-sex couples who wed in early June should also have their marriages recognized by the state.

DOJ officials had no immediate comment on whether or not it agreed with that position.

Gov. Scott Walker told reporters that he believed the legal battle over gay marriage was now over in the state of Wisconsin.  Walker supported the gay marriage ban when it came up for a vote in 2006, but said the federal court system had spoken clearly on this issue.

"We're not going to look back," Walker told reporters.  "We're just going to enforce the law as we said we would all along if that's what the court ruled.  That's what we're doing."

Walker didn't say how he personally felt about the decision, but Walker's Democratic opponent, Mary Burke, called the ruling "an important step forward for Wisconsin."

"No loving, committed couple should ever be denied the freedom to marry," said Burke.  "Those who have stood in the way of this progress, including Gov. Walker, are squarely on the wrong side of history."

Julaine Appling, the director of Wisconsin Family Action, said the high court's decision not to review the ruling striking down Wisconsin's gay marriage amendment isn't the end of in Wisconsin. Appling led the statewide campaign to get the amendment passed in 2006.  She said the judicial process isn't over yet and her group will continue to fight to keep marriage in the state as between only one man and one woman.

"We still have some miles to go in this legal process." said Appling. "There is no other legal relationship that brings about the good for the state of Wisconsin that man-woman marriage does."

Appling said the court is being prudent in waiting to see how pending appeals in several other district courts shake out, before weighing in on the core constitutional issues at stake.

Stay tuned to WPR and WPR.org for continuing coverage.