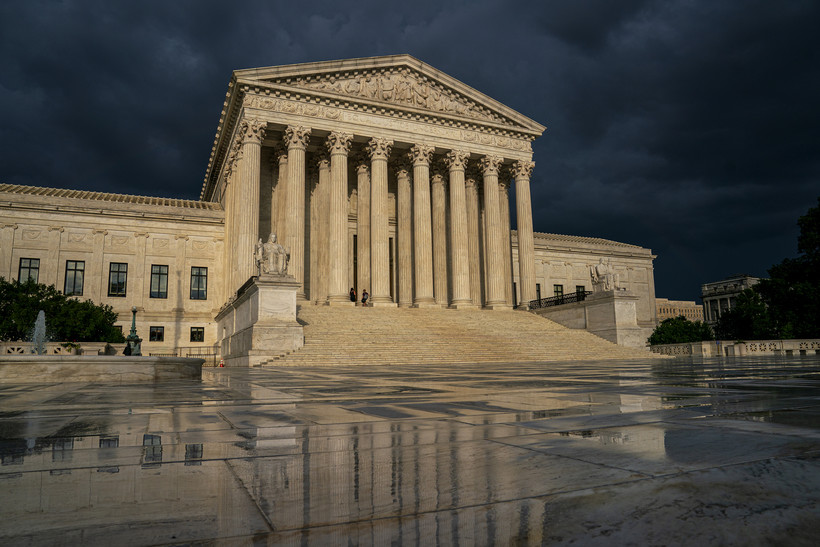 US Supreme Court Blocks Addition Of Citizenship Question To 2020 Census

The U.S. Supreme Court has blocked President Donald Trump's administration from adding a citizenship question to the 2020 census. The court says the Trump administration's explanation for wanting to add the question was "more of a distraction" than an explanation.

But Roberts wrote that evidence presented to the court showed Ross began plans to include a citizenship question long before the Voting Rights Act was used to justify it.

"Altogether, the evidence tells a story that does not match the explanation the Secretary gave for his decision," Roberts wrote. "In the Secretary's telling, Commerce was simply acting on a routine data request from another agency. Yet the materials before us indicate that Commerce went to great lengths to elicit the request from DOJ (or any other willing agency). And unlike a typical case in which an agency may have both stated and unstated reasons for a decision, here the VRA (Voting Rights Act) enforcement rationale — the sole stated reason — seems to have been contrived."

Justice Clarence Thomas wrote the dissenting opinion stating that Ross "exercised his broad discretion over the administration of the decennial census to resume a nearly unbroken practice of asking a question relating to citizenship." He continued by arguing that the "Court's only role in the case is to decide whether the Secretary complied with the law and gave a reasoned explanation for his decision."

"For the first time ever," wrote Thomas, "the Court invalidates an agency action solely because it questions the sincerity of the agency’s otherwise adequate rationale."

It's unclear whether the administration would have time to provide a fuller account. Census forms are supposed to be printed beginning next week.

The court ruled 5-4 on Thursday, with Roberts joining the four liberals in the relevant part of the outcome.

A lower court found the administration violated federal law in the way it tried to add a question broadly asking about citizenship for the first time since 1950.

President Donald Trump slammed the Supreme Court's decision on Twitter suggesting he might attempt to delay the 2020 Census.

"Seems totally ridiculous that our government, and indeed Country, cannot ask a basic question of Citizenship in a very expensive, detailed and important Census, in this case for 2020," wrote Trump. "I have asked the lawyers if they can delay the Census, no matter how long, until the United States Supreme Court is given additional information from which it can make a final and decisive decision on this very critical matter."

Christine Neumann-Ortiz is the executive director of Voces de la Frontera, a Milwaukee-based community organization that advocates for civil and workers' rights. Neumann-Ortiz welcomed the decision to exclude the question about citizenship. She said she believes the Trump administration knows the citizenship question will impact Latino populations across the country.

However, Neumann-Ortiz calls the decision a "partial victory" because she is wary the citizenship question will be revisited.

Voces de la Frontera will continue to encourage people to participate in the census, Neumann-Ortiz said.

"It's absolutely critical for people to participate in the census," Neumann-Ortiz said. "Because through the census does come political representation, does come Electoral College votes (and) does come critical federal funding that does impact everyone."

The Census Bureau's own experts have predicted that millions of Hispanics and immigrants would go uncounted if the census asked everyone if they are a U.S. citizen.

Madison Common Council President Shiva Bidar-Sielaff said she’d worry an undercount would have a ripple effect of negative consquences in cities like Madison.

“(It will) impact the possibility of receiving the appropriate levels of funding,” Bidar-Sielaff said. “It also will impact, clearly, districting and the ability to make sure there is proportional representation.”

According to the George Washington University Institute of Public Policy there were 320 "census-guided" programs that distributed more than $880 billion in federal financial assistance in 2016.