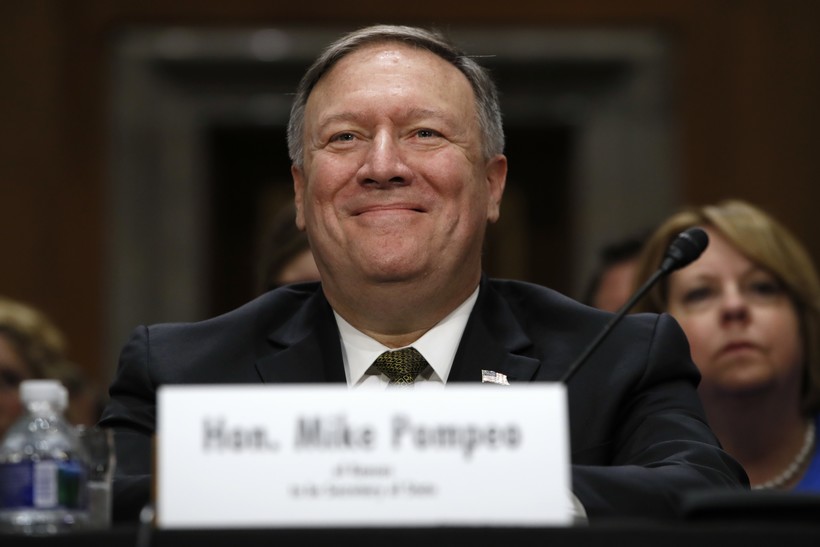 The U.S. Senate Foreign Relations Committee voted to send a favorable nomination of Mike Pompeo for the next secretary of state to the full Senate. The final vote was 11 in favor, 9 opposed, and 1 present.

Democrats voiced concern over whether Pompeo would be suitable as a diplomat, as well as staffing at the State Department. Wisconsin Republican U.S. Sen. Ron Johnson asked his Democratic colleagues on the committee who they would support, highlighting Pompeo's record.

"When you take a look at director Pompeo’s record within the CIA, you have to take a look at it and say, 'He’ll be excellent for filling those positions and bringing a fully functioning State Department,'" said Johnson.

Kentucky Republican Rand Paul reversed course and voted with his Republican colleagues in favor of Pompeo's nomination. Paul said he was concerned about the U.S. involvement in the Iraq war, noting it was wrong and that regime change has not made the world a safer place. Paul wanted assurance the next secretary of state wouldn't go down that path.

"(Pompeo's) assured me that he's learned the lesson," said Paul, adding that he believed Pompeo when he said the Iraq war was a mistake.

All Democrats on the committee voted in opposition to Pompeo's nomination. The full Senate is expected to confirm the CIA director and the next secretary of state later this week.

Before the committee voted on the matter of Pompeo's nomination, Johnson, who sits on the committee, told Wisconsin Public Radio on Monday that Pompeo has the intellect, integrity and experience necessary to become the next head of the State Department.

"Both Hilary Clinton and John Kerry were overwhelmingly confirmed," said Johnson. "I didn’t agree with President Obama’s foreign policy or, quite honestly Secretary Kerry, but I voted for him because I believe a president has enough challenges and presidents deserve to surround themselves with advisors that agree with them."

Johnson celebrated Pompeo for his service in the military and background at the CIA, attributing the opposition to partisan politics.

"We are patriots concerned about creating peace in a dangerous world fueled by a chaotic President," said Menendez on Twitter Monday morning.

Those of us voting against Pompeo are not obstructing anything. We are patriots concerned about creating peace in a dangerous world fueled by a chaotic President.

Tweet rants will not weaken the Senate’s check on your appointment authority. https://t.co/cwG6nLbK2x

Menendez has said Pompeo doesn’t align with the nation’s values. Democrats have voiced concern that he would be less than diplomatic as secretary of state.

According to Sen. Tammy Baldwin's office, the Wisconsin Democrat is meeting with Pompeo about his nomination on Tuesday morning and would make her determination on the CIA director after their meeting.

Pompeo would replace Rex Tillerson as secretary of state, who President Donald Trump fired in March.

On Negotiations With North Korea

Pompeo recently met with North Korean leader Kim Jong Un as Trump has pursued negotiations to dismantle the country’s nuclear programs. Johnson said both should be given a "great deal of credit" for pushing talks.

"The maximum pressure campaign is actually working. It’s brought Kim Jong Un to the negotiating table hopefully in good faith," said Johnson. "I’m actually encouraged by the fact that this administration, this president, has said that he’s not going to be making any concessions on that maximum pressure campaign until we have the dismantlement, completely, verifiably and irreversibly of their nuclear program. That’s what we should be demanding."

Johnson said recent news that North Korea would end nuclear testing was simply not enough. It should be the top priority of the U.S. to work closely with China to enforce economic sanctions in order to push for complete disarmament, he said.

"We’d be very resolute in our requirement that we need to see the dismantlement before we relax any sanctions," Johnson said. "But, at the same time, point out to Kim Jong Un how much better off he and his people will be if they agree to give up their nuclear and missile programs. I think certainly aid will flow and their economy will be far better off."

Johnson supports talks with North Korea because the U.S. "can’t afford any miscalculation" that may lead to the "horrific slaughter" of human lives.

Editor's note: This story was last updated at 5:30 p.m. on Monday, April 23, with the outcome of the committee vote.