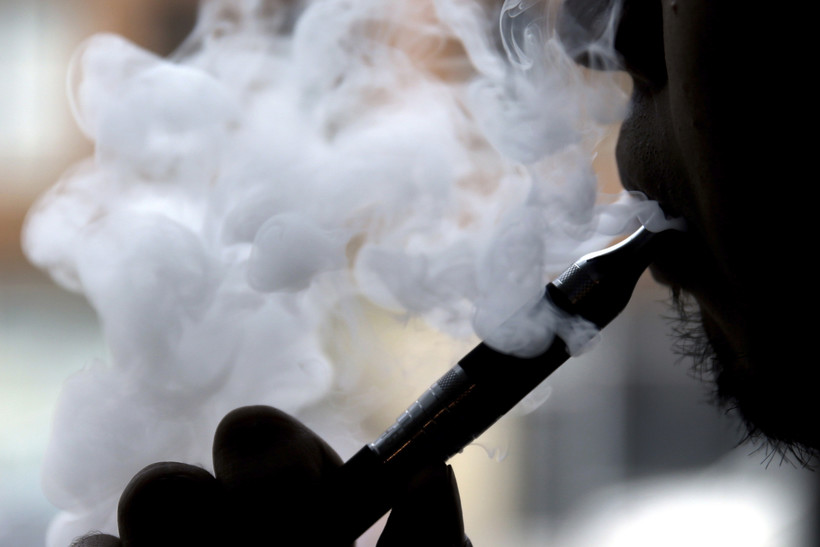 US Sen. Ron Johnson Scores A Win As Trump Pulls Back On E-Cigarette Restrictions

Trump Was Proposing To Ban Most Flavored E-Cigarettes
By Corrinne Hess
Share:

Wisconsin Republican U.S. Sen. Ron Johnson, who has become somewhat of a folk hero on vaping websites since 2016, has scored a victory for the industry.

After nearly two months of saying he wanted to ban most flavored electric-cigarettes, President Donald Trump has pulled back from proposed restrictions. The proposed restrictions were intended to curb teenage vaping; however, Trump has been warned of the political fallout among voters and lobbyists, according to the Washington Post.

On Wednesday, Johnson sent a letter to Trump urging him to reconsider the ban on flavored e-cigarettes, saying not doing so could have a "devastating effect on the e-cigarette industry and force many small businesses to shut down."

Johnson’s letter said aside from the significant monetary costs of the flavor restrictions, there is also a significant cost to public health.

"Many adults have quit smoking by switching to e-cigarettes, a product that is 95 percent less harmful, according to Public Health England," the letter states.

But in July, doctors at Children’s Wisconsin were among the first to identify the severe negative effects of vaping products on the lungs of teens. Children’s Wisconsin, located in Milwaukee, is now researching whether those suffering from suspected lung damage due to vaping will ever regain full, healthy lung function.

As of the day of Johnson's letter, there were 2,172 people who have gotten a lung-related injury from using e-cigarettes or vaping products, according to the Centers for Disease Control and Prevention. In Wisconsin, there are 92 cases.

Dona Wininsky, director of advocacy for the American Lung Association in Wisconsin said she's disappointed the president has backed off on his attempt to clear the market of flavored tobacco products.

"Clearly it's the flavors that are attracting kids, they admit this themselves," Wininsky said. "Almost 80 percent of kids say they started vaping because of the flavors."

"We have a lot of evidence that has just come out in the past five to six months that in the very least vaping can cause some short term lung damage and we have no idea how long term that damage may be," Wininsky said.

Milwaukee Alderman Michael Murphy said Johnson’s support of the vaping industry is at the expense of Wisconsin’s youth.

"This opposition to vaping restrictions is at odds with the latest in medical research and protecting the health of Wisconsin’s children and youth," Murphy said in a written statement. "The state of Wisconsin deserves elected representatives who act in the interest of their citizens, not corporate lobbying groups."

But in an interview Friday with Jay Weber on 1130 WISN, Johnson said his support of the vaping industry has nothing to do with economics.

"Nobody wants young people, minors, to vape, I don’t want anyone to vape unless you were smoking cigarettes and you were trying to kick a very nasty habit," Johnson said.

Johnson said he became involved in the vaping industry in 2016, after meeting many adults who credited vaping with saving their lives.

"I believe in freedom and these adults want to have a product that helps them finally quit smoking," Johnson said. "They are highly concerned. They don’t like tobacco and menthol-flavored products. They’ll probably go back to smoking."

Johnson said he is not opposed to raising the minimum age for buying vaping products from 18 to 21 years old. This year alone, eight states have enacted such laws, according to the American Heart Association. Wisconsin is also considering a bill.

According to the Kaiser Health News, Johnson has been a vaping hero since early 2016 when he pushed back on proposed U.S. Food and Drug Administration vaping regulations.

Johnson was facing re-election and down in the polls in fall 2016, and then Mark Block, former chief of staff for Republican Herman Cain's 2012 presidential campaign who owned an online vape store at the time, jumped in.

According to Kaiser, Block said he met with at least 100 vape shop workers across Wisconsin and leveraged their networks to contact what he estimates was upward of 200,000 voters. He also started a political action committee, Vape PAC, which raised more than $3,000 and distributed some 400,000 postcards, according to Kaiser.

After Johnson's victory, the senator specifically thanked vapers: "You made tonight possible; I truly appreciate it. I will be on your side."

According to the Federal Elections Commission, Altria Group, which has a 35 percent stake in e-cigarette maker Juul, donated $15,400 in 2016.