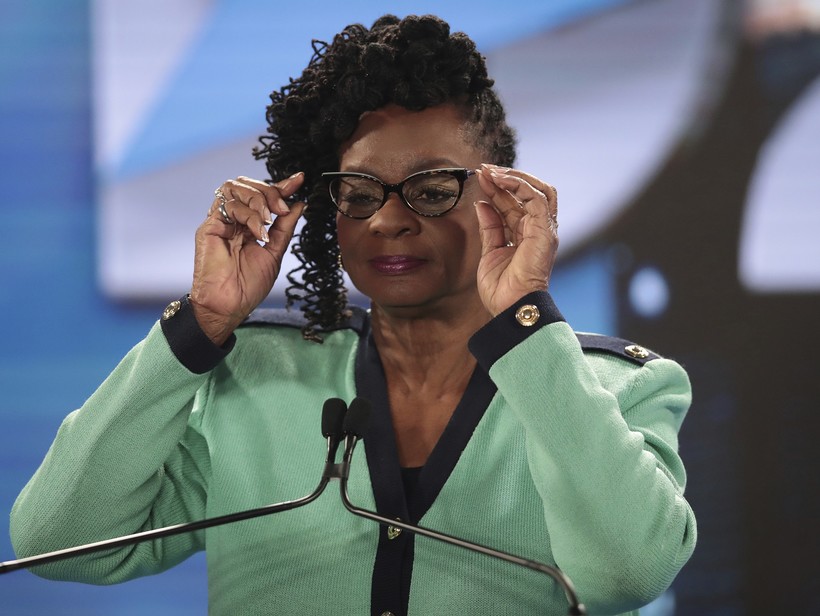 City Has 70K Lead Pipes That Need Replacement, Which Could Take At Least 70 Years At The Current Rate
By Elizabeth Dohms-Harter
Share:

A massive infrastructure plan worth $2.3 trillion that calls for updating the nation's infrastructure and electric grids and improving access to high-speed internet and quality housing could contribute to solving one of Milwaukee's ongoing health controversies.

One component of the American Jobs Plan focuses on replacing all lead pipes and services lines that deliver drinking water to communities. There are about 70,000 lead pipes that need to be replaced in the city, and they've been replaced at a rate of about 1,000 each year, said U.S. Rep. Gwen Moore, who represents Wisconsin's 4th Congressional District.

In an interview with Kate Archer Kent on "The Morning Show," Moore lauded President Joe Biden's jobs plan as one way to address the lead pipe problem in Milwaukee.

Kate Archer Kent: This plan would eliminate all lead pipes and service lines in drinking water systems nationwide. If that were accomplished, what would it mean for Milwaukee?

Rep. Gwen Moore: We have 70,000 service lines that need to be replaced. And we've been replacing them at a rate of 1,000 a year based on our financial ability. That means it will be 70 years before we'd be able to get rid of all these lead pipes.

I'm buying water right now because I have a great-granddaughter who lives in a house where they have these old service lines. She's only three years old. I'm buying water, and that's an unsustainable plan for most people.

This is a problem not only in lead pipes but lead paint. Pediatricians will tell you that this causes some cognitive disabilities. This is a serious public health risk. It's not as sexy as building a new condominium, but this is absolutely essential infrastructure.

KAK: President Biden has been going around the country talking about this infrastructure plan. Do you have any details about how this would be rolled out?

GM: I am not as worried about the timeline and how it will roll out because it will be 70 years before we could replace them at the rate that we're going.

I think, No. 1, we've got to get the appropriation done. It's a $2 trillion package. There's a lot of resistance from Republicans and even some Democrats with the size of the package.

And thirdly, there's resistance just based on Republicans not wanting the president to be successful.

KAK: How do you see Speaker Nancy Pelosi keeping members united around this plan, especially with a wing of progressives and moderates who want action on climate change, elder care and racial justice, all amid a raging pandemic?

GM: Well, that's the difference between governing and being an opposition party. I've heard some of our members say this $2 trillion package is nothing, we need it to be $10 trillion. We may need $10 trillion, but we need $2 trillion right now.

You have to start somewhere. And I think our challenge is to try to get to the front door with these proposals.

Some of the people that we need to convince represent rural areas that need more than just these water mains — they need broadband or other kinds of infrastructure that's in this package. And the president, I think, is probably very hopeful that he can appeal to constituents' needs as opposed to their partisan identity.

KAK: How do you feel about a sharp rise in corporate taxes to pay for this massive infrastructure spending proposal? The business lobby is saying that raising corporate tax rates would harm hiring, wages and U.S. competitiveness.

No. 2, they always object to paying any kind of corporate tax. And of course, I don't want to pick on Amazon — I'm a customer — but they paid zero taxes.

And No. 3, the most important thing is that when we were considering the Tax Cuts and Jobs Act, nobody thought it would ever be 21 percent.

I think a lot of these companies are being greedy. I mean, if you ask them, they never, ever thought that they'd have a 21 percent tax rate and there are international implications for this, too. I mean, if we don't rein in corporate tax profits internationally, if people don't do it across the globe, we will continue to have increasing income inequality among people.

We've got to rein it in, and we need this money to improve our infrastructure and to invest in our economies. Corporate taxation is a respectable way to provide for its citizenry because the corporations absolutely benefit from the customers that they have here in the United States and internationally. 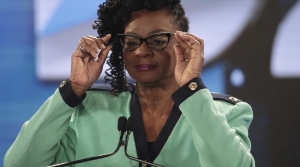 President Joe Biden has proposed a massive upgrade to the nation’s infrastructure in the American Jobs Plan. Along with roads, bridges and other infrastructure projects, it would replace all of America’s lead pipes. Rep. Gwen Moore joins us to discuss the plan and what it would mean for Milwaukee.