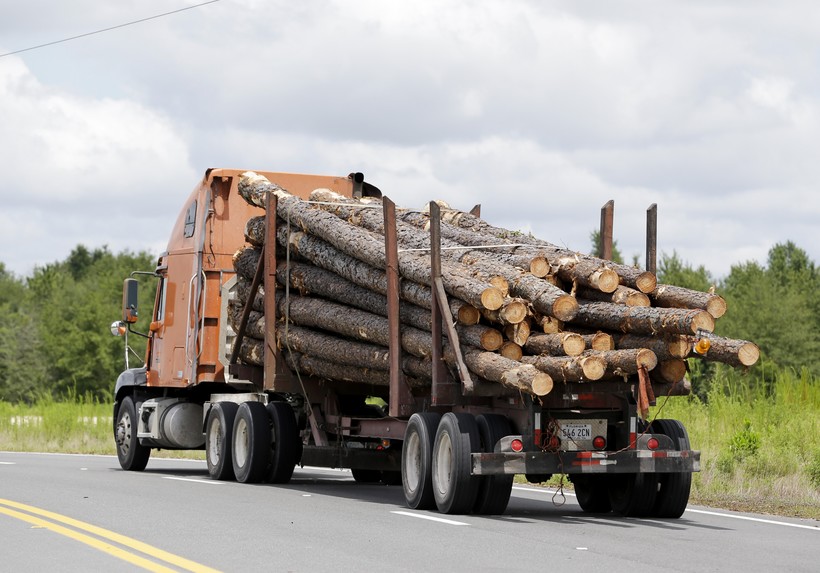 In this Tuesday, July 28, 2015 photo, a truck load of logs heads to the Klausner lumber mill in Live Oak, Fla. John Raoux/AP Photo

US Rep. Mike Gallagher Pushes For Log Trucks To Be Allowed On Wisconsin's Interstates

Safe Routes Act Of 2019 Would Allow Log Trucks Weighing Up To 98K Pounds On Interstates
By Patty Murray
Share:

The Green Bay Republican is pushing the "Safe Routes Act of 2019," a bill that would allow covered log trucks weighing up to 98,000 pounds on interstates.

He said trucks must now pull off some Wisconsin highways when they intersect with an interstate, putting heavy log trucks on backroads and through small, Wisconsin towns.

"Whether it be school zones, cross walks, intersections, things like that in contrast to an interstate which is just, after you have gotten onto an interstate, a straight shot, hopefully less congestion, less abrupt stopping," he said. "A lot of the accidents that we've seen come from not being able to adjust your speed in time."

He cited a pilot project in Maine that showed a drop in accidents once log trucks were allowed on federal highways.

At a news conference at the Oneida Casino in Green Bay on Thursday, April 11, Craig Thompson, secretary-designee of the state Department of Transportation spoke in favor of the proposal.

"What the congressman has taken leadership on at the federal level is also incredibly important. To allow this advantage so (the logging industry) can move heavier trucks across the interstate more efficiently."

Thompson also said the state is working to improve bridges so they don't have as many weight restrictions.

"We have to leave that perfectly good road that is built really to a higher standard than state roads," he said, adding that, "we have to start going through secondary roads, county roads which puts us past, a lot of times, parks, crosswalks, churches and fire departments."