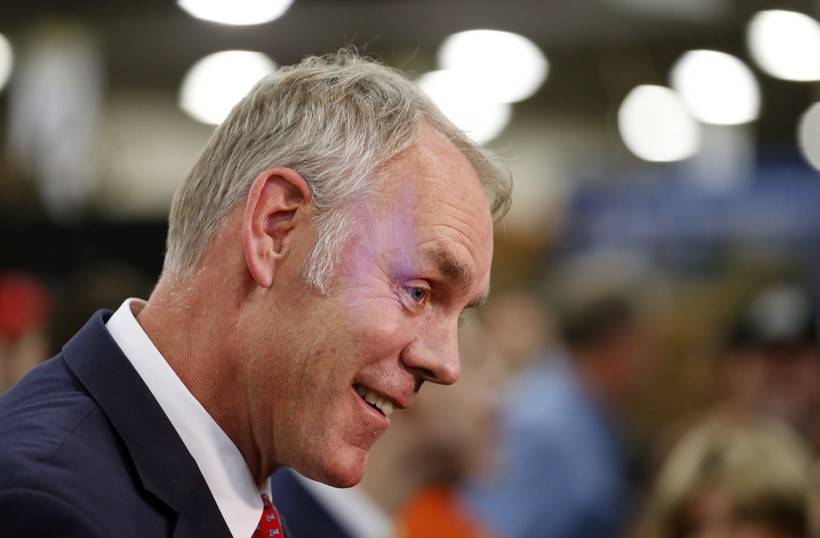 US Interior Secretary Zinke Presents $35M In Grants To Wisconsin

U.S. Interior Secretary Ryan Zinke presented almost $35 million in conservation and outdoor recreation grants to Wisconsin on Tuesday at the Horicon Marsh State Wildlife Area, and some of that money is aimed at boosting interest in hunting amid a declining number of hunters.

Zinke says part of what the U.S. Department of Interior is trying to do is help more young people get to hunting lands. ''We're looking at improving the access on our fish and wildlife assets. A lot of the archery programs, hunting programs, have atrophied and been replaced by other programs; so we're looking at public-private partnerships to bring a lot of those programs back to get the kids out to introduce them to the legacy that was given to us," Zinke told news reporters.

Nationwide, wildlife viewing and fishing are on an upswing, Zinke said.

During comments to the news media, Zinke also tried to brush off criticism of his management style and the agency's direction. He commented on a recent Washington Post column that describes him as an "imperial viceroy."

"I have a nice fireplace in my office, and I think that's the best use of the Washington Post because I start a fire everyday," Zinke said. "I don't yield to pressure, only higher principle. And I do right and fear no one. So, I think if you're a conservationist, if you're all the above-made in America energy, and if you want to make sure we preserve and protect our greatest resources, then we have to actively manage them. I would say Interior is absolutely on the right track."

Zinke's been under fire in recent days for using a Japanese word to greet Hawaii Congresswoman Colleen Hanabusa, who is of Japanese descent, but is fourth-generation American. There are also ongoing investigations into Zinke's travel expenses, and criticism over his enthusiastic support of oil drilling on public lands.