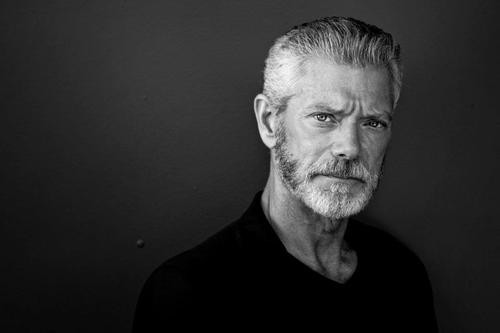 ListenDownload
"Beyond Glory" at the Marcus Center in Milwaukee

The stories of eight U.S. servicemen -- each a Medal of Honor recipient -- is the focus of an acclaimed one-man stage production being presented in Milwaukee on Veterans Day later this month.

"Beyond Glory"  was adapted from a book by Larry Smith of the same name, by the award-winning playwright and actor Stephen Lang, who is leading the one-night-only performance at the Marcus Center’s Uihlein Hall, on Nov. 11, at 7:30 p.m.

Lang said the performance is very personal and important to him. When he crafted the play, he said he was looking for a new avenue to express himself artistically. When peforming the show in New York, a photograph on an advertisement for the show caught famed film director James Cameron's attention, who later cast Lang in the blockbuster movie, "Avatar."

Not only did the show help Lang professionally, but he also connected to the project in coming to terms with his own views on the Iraq war and the belief that he could be against the war, but support the troops -- something that he found difficult to reconcile.

“At the time, I felt and I still feel that the nation was so deeply divided, so fractured along so many lines," he said. "And I thought it was important to do something on a very fundamental and basic level that addressed some of the things that we share, some of the concepts that bind us together -- not only as Americans but as human beings.

“Concepts of loyalty, duty, fortitude, courage and finally, of humility and that’s what binds these eight very diverse men together," he said.

Proceeds of the Milwaukee performance benefit the Milwaukee Homeless Veterans Initiative, a nonprofit that provides services to homeless and at-risk veterans.