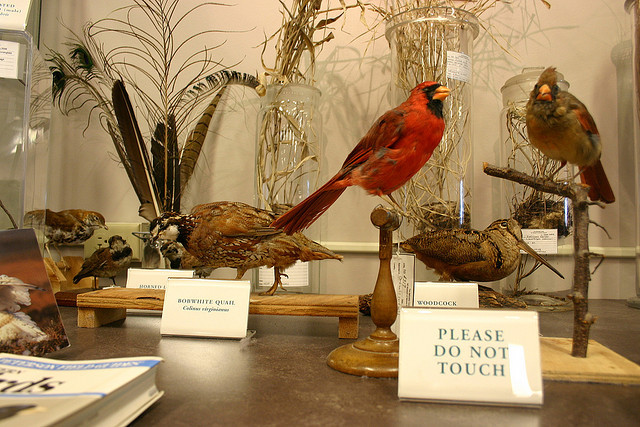 There are many nature centers, universities and other facilities around Wisconsin that would be willing to take mounted animal specimens, also known as taxidermy, according to a local wildlife expert.

Scott Craven, who is the wildlife specialist with the University of Wisconsin-Madison’s Department of Forest and Wildlife Ecology, said education, in particular, is an important aspect of taxidermy, which makes it appealing to state nature centers.

"(Taxidermy) has many purposes; introducing people to what the animals look like, appreciating their beauty, the texture of their feathers and their color patterns," Craven said.

Because of this, nature centers are sometimes willing to take specimens of any kind. This could include mounted deer heads, fish, duck species and more, according to Craven.

He is starting a project that will connect people who would like to donate their taxidermy with facilities in their area that are willing to take in donations.

"If folks have something around that they would like to see put in the hands of someone who can use it, primarily for educational or display purposes, I’m willing to try and broker that connection," Craven said.

He said all people have to do is contact him at srcraven@wisc.edu and write in with what they have, where they are located, and what they’d like to see done with their taxidermy items.

"I know there are a lot of things out there and in some cases, the hunter in the family has passed away. Sometimes, the rest of the family doesn’t know what to do with it (taxidermy), but would like to see it used or go where it would be valued," Craven said.