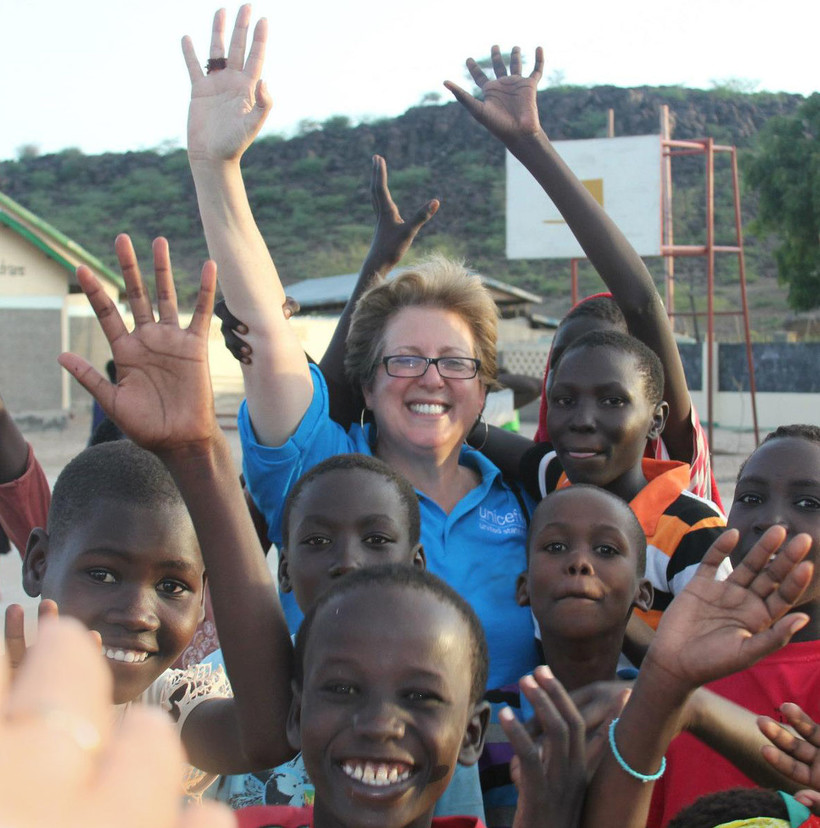 Caryl Stern believes in zero -- zero hunger, zero poverty, zero disease. In fact, she’s convinced we can reduce the number of children under the age of five who die from preventable causes each day from 19,000 to zero.

As the president and CEO of the U.S. Fund for UNICEF, Stern battles to bring to the world’s vulnerable the most basic necessities: clean water, food and medicine. She said she does this in 190 countries around the world. And she’s no armchair traveler. A mother of three, Stern regularly has to leave her own family behind to try and improve conditions for mothers and children in the world’s poorest places.

"Today, 18,000 children will die of causes we can prevent," said Stern. "That’s not the disease we don’t have a cure for, the earthquake we can’t predict, but things we know how to prevent."

Her direct encounters with the struggles of children around the globe have taught her that childhood is often a "luxury" few can afford. She said she wants to change that.

"Children are not defined by the borders they happen to be born between, but by the age that they are. These are not Brazil’s children or Vietnam’s children or Africa’s children; these are children," she says.

While the problems facing children in developing countries might seem daunting, Stern isn't deterred. She said she believes that each person can help, no matter where they live, what skillset they have and how little they own.

She shares the story of meeting a woman in a desert during a food shortage. Stern happened to have an apple in her backpack and gave it to the woman.

In her new book, "I Believe In Zero”," Stern tells stories from the frontlines of her fight to protect children. She worked to help child laborers who were as young as eight years old and introduced themselves by their occupations like cleaner, factory worker or rubbish collector. In another instance, she talked to a mother who walked miles in blazing heat to give birth. In another, she encountered a child who was living with the stigma of having AIDS but who found hope and new friends through a UNICEF online support group.

Her enthusiasm and ceaseless efforts are contagious, and she is hoping many who hear her stories might find themselves believing in zero, too.