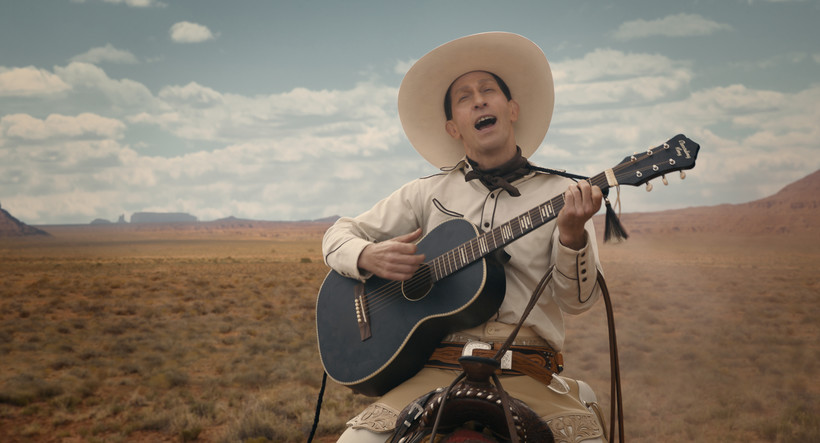 Unhappy Trails: Coen Brothers Return To The Old West With 'The Ballad Of Buster Scruggs'

Joel and Ethan Coen’s new anthology film, "The Ballad of Buster Scruggs", is the duo's first return to the western genre since their 2010 remake of "True Grit."

The first of the film’s six episodes follows the frontier adventures of Tim Blake Nelson’s Buster Scruggs, a charming but trigger-happy singing cowboy. Author and film critic, Adam Nayman reviewed the film for WPR. He calls the Scruggs character a "weird contradiction of someone, who on one hand represents the fun of the Old West, and on the other represents its violence."

According to Nayman, whose new book examines the Coen Brothers' entire filmography, the film follows oddball characters and dark themes familiar to the Coen brothers' filmography.

"What unites these episodes," Nayman said, "is this theme about mortality and frailty and death. But as the Coens have gotten older, they have started dealing with death more directly."

But the Coens' latest film may have more to say about 2018 than the Old West. Nayman said each of the episodes are, "almost like foundational myths or primal scenes that account for where American life is now."

"In the guise of making a popular, accessible Netflix (film), they've done something quite severe and quite serious. And I think its best moments are up there with the best stuff they've ever done."

The film, produced by Netflix, will be available on the streaming service, and will play in select theaters.

The Coen Brothers: This Book Really Ties the Films Together