As we stand with the citizens of Wisconsin against racism, listening and learning will inform our action knowing that diverse voices enrich our lives and our spirits and challenge our perspectives. Read more
WPR
Central Time 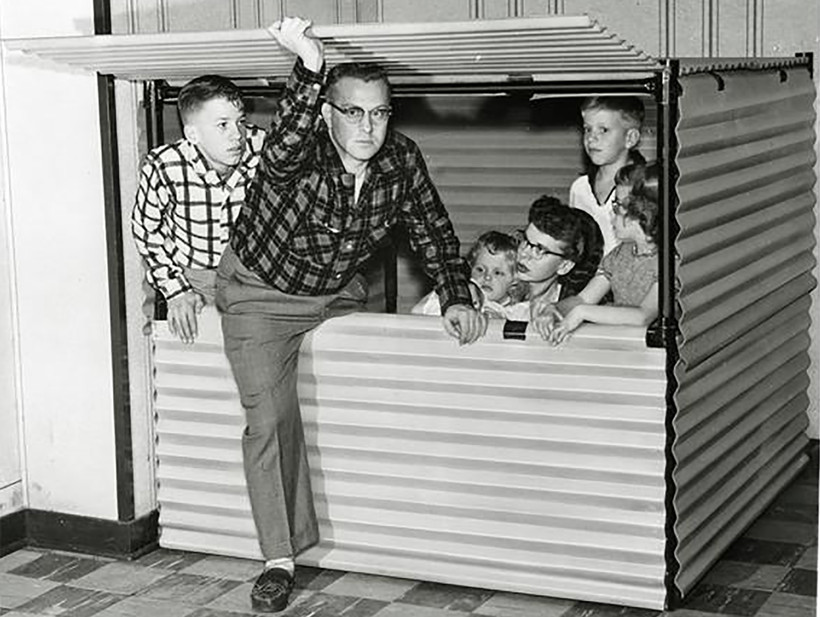 A Wisconsin family inside their new bomb shelter in 1952. Photo courtesy of Wisconsin Historical Society

When we think of the Cold War, events like the Bay of Pigs crisis or the Berlin Wall come to mind. But this era of global conflict and superpower tensions was much more far-reaching than what happened in Washington, D.C., or Moscow. Several sites and prominent players in the event were even rooted in Wisconsin.

Judith Siers-Poisson: Let's briefly recap what led to the Cold War. The U.S. and the Soviet Union were allies in World War II. What happened?

Christopher Sturdevant: It dissolved pretty quickly after that. Milwaukee native George Kennan was on the scene as one of the first ambassadors to the Soviet Union and he noticed that there were people disappearing, (Soviet leader) Joseph Stalin would not receive him anymore. None of the ambassadors were giving him the respect he gained during the war and that led him to actually write the 'Long Telegram' and form the basis of the containment policy.

JSP: What did he propose as a way to contain the Soviet Union?

CS: The United States wanted to recognize that borders were where they were, the Soviets were where they were, but then, he would go ahead in a clandestine way to support what was called Operation Rollback and that was to recruit men of military age that had come as refugees after the Second World War, train them and then go into those countries in a clandestine fashion to support popular uprisings, to support governments being toppled. From the Soviet standpoint, it was a very mixed bag, in most cases failed spectacularly.

JSP: So a real terror of communism and what it could mean if it spread was really key to the Cold War, and few names are more closely associated with that than Wisconsin Sen. Joe McCarthy.

CS: McCarthy came on the heels of the House Un-American Activities Committee, which was more of the Richard Nixon era going after Alger Hiss, Whittaker Chambers. So when McCarthy came to power, he then focused on communists in government and picked a very ripe time where China had fallen to the Communists in 1949, and the Soviets had detonated their atomic bomb, Korea was being invaded. So, it got a lot of push and support from the public, especially here in Wisconsin, to root out what they felt was a very real threat.

JSP: Where did this belief and this commitment come from for him?

CS: I really think he truly meant it and believed it. He was a United States Marine, he was a World War II veteran. He had a very small-town values here in Wisconsin, and believed that it was his duty to go after what he felt was being eaten up from the inside. Strangely, it sounds like the deep state today has a lot of parallels with that type of thinking. Some of these people certainly were communists in the government. But at that time, I had a lot of difficulty finding anybody to sign onto his way of doing things. And we know the rest of the story and what happened with alcoholism and being censured from the (U.S.) Senate.

JSP: Manitowoc, Wisconsin has a long history of ship and submarine building, what role did it play in the Cold War?

CS: Manitowoc happened to be the site of a Sputnik 4 crash in 1961, and Sputnik of course was the first artificial satellite launched by a country, which was a Soviet Union. Sputnik in a general sense really scared people. Amateur astronomers knew within a three day window when it would fall, but they didn't know where.

There was kind of a comedy to the situation, too. You've got a couple of police officers. Early morning hours, they see something in the road. They think it's cardboard, they keep moving. An hour later they go back and they realize they've got to get it out of the road. It's very hot. They start kicking it to the curb. Few hours go by and, oh, we heard that Sputnik may have crashed in the area. And you can still see today a ring that commemorates where it landed.

How The Cold War Played Out In Wisconsin 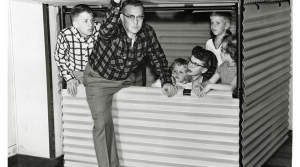 The Cold War might have been centered in Washington and Moscow, but the impact was much more widespread, and was felt right here in Wisconsin. We talk with a historian about the role that Wisconsin played in this decades-long conflict.