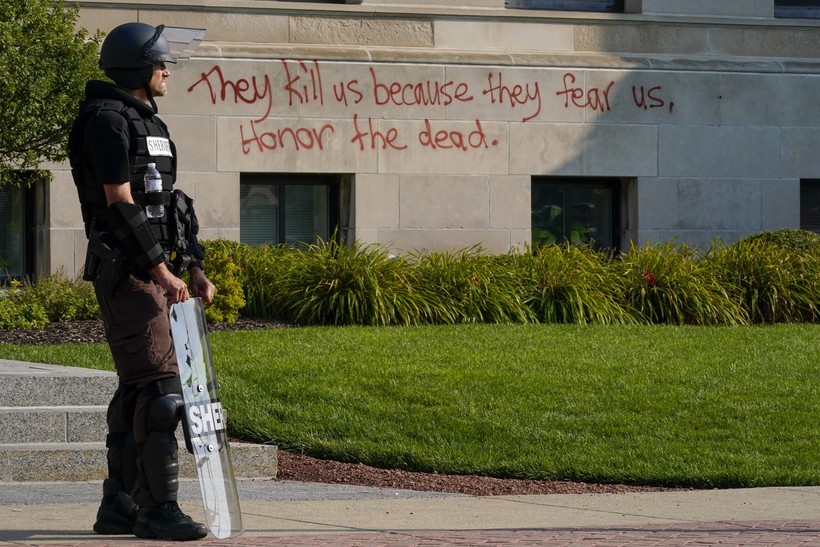 Blake Was Left Paralyzed After Being Shot By Kenosha Police Officer In August
By The Associated Press
Share:

Jacob Blake has been discharged from a hospital in Wisconsin and is now undergoing treatment at an Illinois rehabilitation clinic.

Blake was left paralyzed after a Kenosha police officer shot the 29-year-old Black man in the back in August.

Blake’s uncle Justin Blake told The Associated Press that his nephew was discharged "about a week ago." He declined to say where Jacob Blake was being treated, citing threats to the Blake family since the shooting.

The uncle said Jacob is "trying to get his strength and body in whatever best condition that is to push forward."