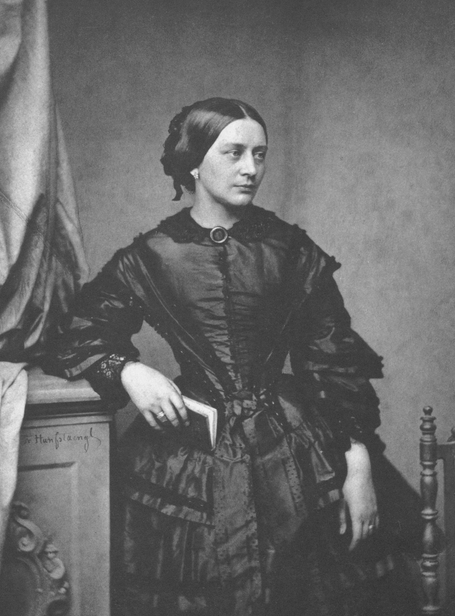 Theirs was one of the great friendships in musical history.  In July 1859 Clara Schumann wrote to Johannes Brahms about people she had encountered in her musical adventures:

"At last I can find a quiet moment for you, dear Johannes.  Two days ago, I spent all day with Hiller.  He played a large portion of Saul, canons with violin, solfeggios for three women's voices and so on. I'm told that he's again caught up in writing a grand tragic opera.  My only hope is that this time it won't be tragic for him.  I always feel so sorry for him with his constant efforts and such little reward."

On August 5th, she wrote about an unappreciative guest:

"A thousand thanks, dear Johannes, for the letters and the package.  Since the package took an entire week to get here, I wasn't able to play the serenade with Fraulein Wagner because she had already left.  But I almost preferred playing it alone for myself to playing it with an amateur since I can enjoy music only with people who feel the same way I do about it.

I played very little for her since she didn’t ask me to, and I couldn’t offer to play for her a second time after having done it once.  I don’t think that it means much to her, and under such circumstances my inspiration evaporates.  If I’m going to enjoy playing for people I need eager listeners and often you can read eagerness in their eyes."

“But she’s a very refined girl.  I think I’ve already told you that she once played something for me  She told me about your lovely Marienlieder.  What are the words like?  Have you started working on the German Dances again?  And what about he quartet?  I heard that you played it with Reimers at Frau Peterson’s.”