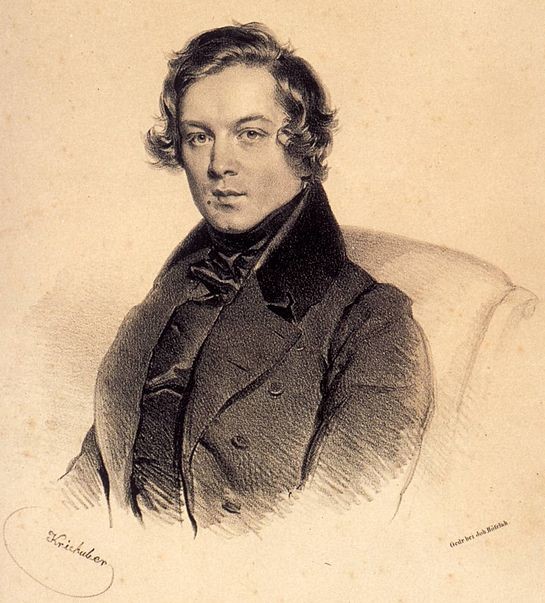 Robert Schumann and Clara Wieck wanted to marry, and when Clara’s father, Friedrich Wieck, raised objections, most of them having to do with money, Schumann wrote to a Leipzig attorney named Einert on June 30, 1839:

A few weeks ago, to our surprise, Clara received his written permission with certain conditions, which I hope will not give you the wrong impression of me:

1. That we should not live in Saxony during his lifetime, but that I should make an effort to earn as much elsewhere as I do through editing a musical paper here.

2. That he should keep Clara’s money, paying four percent interest, and not paying the capital until five years from now.

3. That I should have the statement of my income, as submitted to him in September 1837, legally verified and place it in the hands of an attorney of his choice.

4. That I should make no attempt to communicate with him verbally or in writing until he so desires.

5. That Clara should give up all claim to inherit anything from him after his death.

6. That we should be married by Michaelmas.

We cannot agree to these conditions, except for the last one, and so we are resorting to legal remedies.

Schumann added that he and Clara wanted the matter settled as quickly as possible and were willing to make another attempt to reason with Friedrich Wieck if it seemed advisable. “Failing that,” he concluded, “we shall apply to the court, which cannot refuse us permission since our income is assured.”