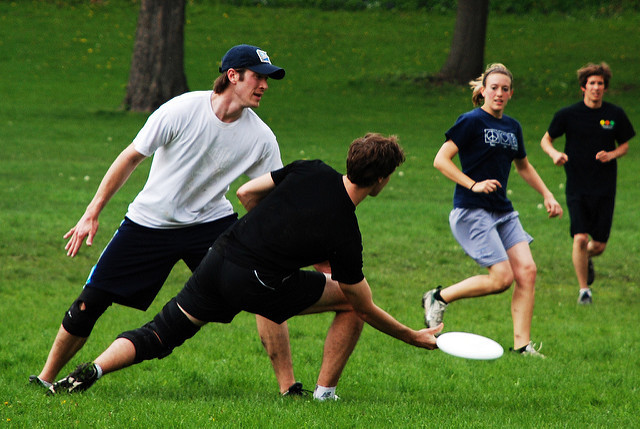 A Look At The Sport’s Trajectory With Author David Gessner
By Colleen Leahy
Share:

Ultimate Frisbee's beginnings are goofy and tinged with irony.

Joel Silver, who’s now a big-time producer with credits on the "Lethal Weapons" enterprise, "The Matrix" and a host of other films and TV shows, was a capricious high schooler in Maplewood, New Jersey, who proposed the formation of a varsity Frisbee team at a student council meeting, said David Gessner, a serious ultimate Frisbee enthusiast and author of the new memoir "Ultimate Glory: Frisbee, Obsession and My Wild Youth."

"It started in Columbia High School’s parking lot ...It was really a social event. They played in this parking lot at night, and the football team would come by and throw eggs at them. And only gradually did the athleticism start to come out," Gessner said.

"Had he (Silver) called it 'field disc,' I think we’d have an easier job" getting people to take the sport more seriously, Gessner said.

The rebellious, joking foundations of the sport are part of why it’s so popular on college campuses, Gessner said.

But in recent years, ultimate Frisbee has gained recognition as a serious sport from the powers that be in the sporting world — the International Olympic Committee.

In 2015, the committee officially recognized the World Flying Disc Federation, which meant ultimate Frisbee became eligible to be included in the Olympics one day. Come 2024, ultimate teams from around the world may be able to compete at the Olympic level.

Ultimate is also a serious game in Wisconsin. "The Madison (men's ultimate) team, the Hodags, have won three college national championships since 2001, so it’s a proud tradition around here," Gessner said.

Ultimate players back in the day "used to look like extras from 'Braveheart' out there, with mud and blood," Gessner said.

But as the sport has grown internationally, it’s become sleeker and more professional, he said, and the game will get its day in the sun, Gessner said. Maybe one day the ultimate Frisbee World Games — taking place this July in Wroclaw, Poland — will be an event comparable to the Super Bowl, complete with corporate sponsorships, multimillion-dollar ad spots and a spot on primetime.