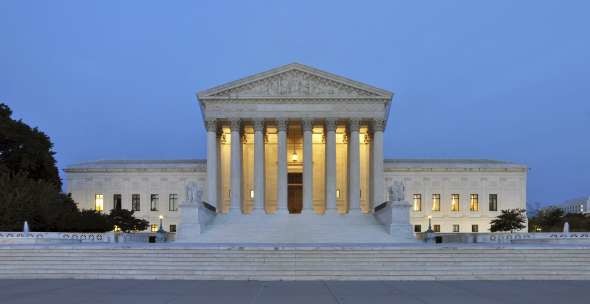 The U.S. Supreme Court has declined to hear an appeal of the decision that shut down a John Doe investigation into conservative groups and Gov. Scott Walker’s campaign.

The order, which was issued on Monday without any explanation or fanfare, means the case known in Wisconsin as John Doe 2 is now officially dead.

Conservatives, including Walker himself, praised the ruling, calling it a victory for free speech in Wisconsin.

“I applaud the individuals and organizations who fought for and successfully defended their First Amendment rights against political opponents who wanted to silence them,” said Walker in a statement released by his campaign.

The three district attorneys who asked the U.S. Supreme Court to get involved in the John Doe case said they were disappointed by the outcome.

While John Doe investigations are supposed to be secret in Wisconsin, this case was anything but, as details and documents connected to the probe leaked out regularly over the past few years.  Just a few weeks ago, the British news organization The Guardian published hundreds of pages of leaked John Doe 2 documents, offering the public the clearest view yet of the investigation.

At the heart of the case was whether Walker and his campaign coordinated too closely with conservative groups during Wisconsin’s recall elections.  The Guardian article showed Walker had an especially close relationship with the Wisconsin Club for Growth, an ostensibly independent group that the governor and his campaign referred to in emails as if it were their own.  Walker’s campaign encouraged donors to give to the group, noting that it could accept unlimited contributions and keep donors’ names secret.  The Wisconsin Club for Growth was run in part by R.J. Johnson, a longtime Walker confidante who simultaneously advised the governor’s campaign.

Johnson wrote in a Facebook post that the U.S. Supreme Court’s order marked “the end of a six-year witch hunt” launched with the aim of destroying Wisconsin’s conservative movement.

Wisconsin Manufacturers and Commerce, another conservative organization that made extensive use of issue ads during the recall elections and other political campaigns, also celebrated the end of the John Doe case.

"We felt like this was an effort to silence people with whom the investigators politically disagreed with,” said WMC lobbyist Scott Manley.

Monday’s order officially let stand a Wisconsin Supreme Court decision from last year that halted the investigation.  Prosecutors had wanted the U.S. Supreme Court to appeal that ruling on two grounds.  For one, they argued the Wisconsin Supreme Court’s decision misread landmark federal campaign finance decisions and represented “the very undoing of campaign disclosure requirements.”  They also wanted Justices Michael Gableman and David Prosser to recuse themselves since their judicial campaigns were helped by the Wisconsin Club for Growth.

The Wisconsin Democracy Campaign, which advocates for more transparency in campaign finance laws, called Monday’s ruling a “major setback for democracy.”  Executive Director Matt Rothschild said it would encourage more politicians to shield major donations from the public’s eye by coordinating with outside groups.

“It's a field day for the super-rich and the politicians in hock to them,” Rothschild said, “They can just set up these outside groups and fundraise."

While the John Doe case is now officially closed, there may yet be legal wrangling in the coming weeks over what to do with evidence collected in the case.  Attorney General Brad Schimel said the U.S. Supreme Court’s order meant prosecutors now have 30 days to be “completely divested” of all evidence.

Others want new investigations to begin. Assembly Democrats have asked the Dane County district attorney to launch a “pay-to-play” investigation based in part on documents released by The Guardian. Those documents showed for the first time contributions to the Wisconsin Club for Growth totaling $750,000 from the head of a company that once made lead paint. The contributions came around the same time that Republicans shielded such businesses from lead paint lawsuits.

Republican Assembly Speaker Robin Vos has also asked Schimel to launch an investigation into who leaked the John Doe documents to The Guardian in the first place.  Schimel’s office has said it’s considering the request.