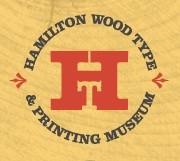 The Hamilton Wood Type Museum in Two Rivers has reached a tentative agreement on a new location.

The museum has one of the world's largest collections of old fashioned print blocks and related items. Late last year, it learned it had to find a new building.

Jim Moran, the museum director, has a line on an old factory building that is twice the size of the Hamilton's current home and would allow for a much larger display of the museum's holdings.

"We have so much in the archives between type and presses, that this would let us do everything from increase the size of our workshops to show off a lot of things that, just due to space concerns, we were never able to show to the public."

The museum still needs approval from the city of Two Rivers to change the zoning of the building and for altering the parking code. Volunteers are now packing up the museum's print blocks in preparation for the move.