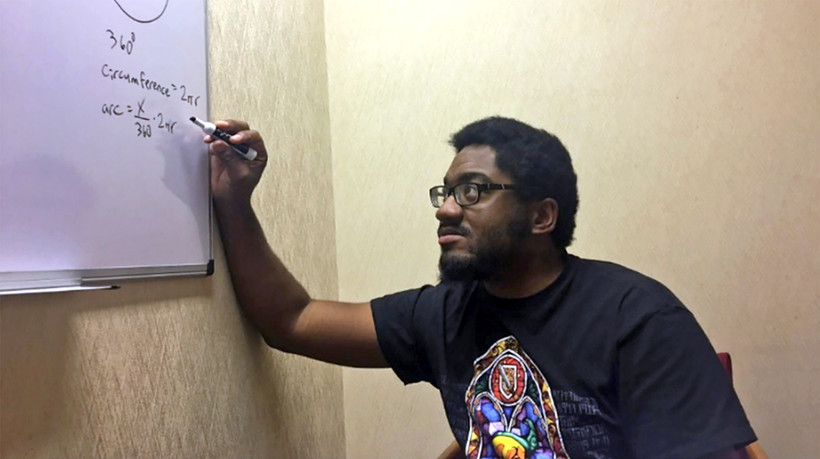 Shareef Jackson runs a tutoring service to help students in the areas of science, technology, engineering and math. Photo courtesy of Shareef Jackson

As a kid, Shareef Jackson loved to take things apart. The remote control. The microwave. A Zenith TV encased in a wooden console.

It was challenging. And it was fun, he said.

He discovered later, with the guidance of mentors, that he could turn his childhood passions into a career in engineering

"As I found out that the rules behind how these things were built actually depends on mathematical and scientific principles, that’s what got me more into those classes," he said.

With a bachelor's and master's degree in engineering, Jackson is using the knowledge he's acquired to help diverse students get interested in STEM fields — or fields focused on science, technology, engineering and math.

He founded a tutoring service, Math Looks Good, and updates his website with explainers, for example on how to cross multiply and how to get in and out of orbit.

An adjunct professor at the University of Wisconsin-Whitewater, Jackson explains some of the barriers that students of color face getting into STEM fields, with Rob Ferrett of WPR's "Central Time."

Rob Ferrett: Math and science can look intimidating to anyone. What extra obstacles do you see for children of color when it comes to getting into STEM fields?

Shareef Jackson: I think that the biggest thing is not seeing a lot of examples and role models from areas where they are from. I can definitely identify with that because when I was in college I did not see a lot of professors of color, and I didn't see that many students of color, either.

It's kind of a vicious cycle where, because you don't see those examples, you kind of subconsciously believe that you can't make it or it's not for you. That’s why I like to put the effort in to try to break that cycle and to let people know that there are lots of examples out there and that it is something that anybody can achieve.

RF: What do we miss as a society if we have this potential talent pool in fields like math, science, computer programming, and students don’t get exposed to these fields?

SJ: We miss out on the best ideas. Time and time again we've seen that the best ideas come from companies that have the most diverse set of voices. You need a lot of different experiences, especially when you're designing products, to avoid blind spots. I think that at the end of the day, if we don't encourage diversity on our teams, then we're not going to get the best products.

RF: When you work as a tutor, and in classrooms, how do you try to be a part of fixing this problem?

SJ: One big thing that I always try to do is use examples of scientists who are diverse. I think often we tend to focus on the same pillars of the scientific age, like Isaac Newton, Galileo (Galilei) and Albert Einstein. Don't get me wrong, they should definitely be mentioned and focused on, but science is a process that has been contributed to by various countries and people of various backgrounds. I definitely try to focus on that.

I think it's all about showing the balance and global nature of what science is, and doing that via examples helps a lot.

RF: You teach and talk about video games — playing and creating them. Can that be an entry point to help get people into STEM fields?

SJ: It’s a huge entry point. The video game community is very diverse and it's a mainstream thing at this point. I think that almost everyone, even if you've only played a phone game or a game on your Apple TV or your Roku box, you've played a game. People don’t only have to be consumers; they can actually participate in the industry.

And that doesn't always mean that you have to be a programmer. You can be a marketer, a designer or a public relations person. You can be a narrative person that just focuses on the story and dialogue. There are so many avenues that can go toward creating this medium that you know is still relatively new.

RF: Some people might say, "I’m just not good at math." How would you encourage people in general to give math another chance?

SJ: I usually tell people that things like math and science are learned skills. It's kind of like a sport — there are some people that are born with some gifts, but if they don't practice them and use them, then they won't be great at the sport. Math and science is the same thing. Sure, you have your Einsteins who have some natural gifts, but you have to use it. So it's really a practice makes perfect kind of thing.

Milwaukee Tutor Aims To Get Underrepresented Groups Into The STEM Fields 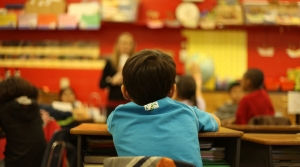