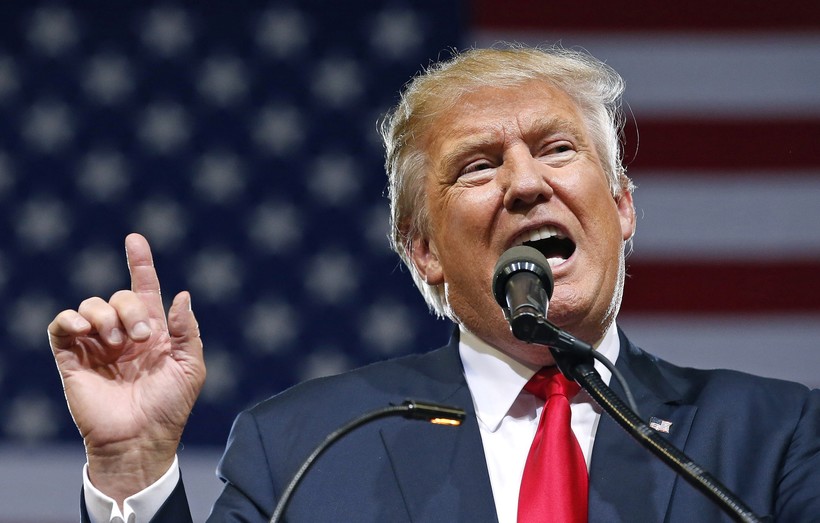 During a campaign stop in West Bend this week, GOP presidential nominee Donald Trump called the violence in Milwaukee an assault on citizens' rights to live in security and peace. He went on to call for restoration of law and order for all, but "most especially for those policing in the affected communities, of which there are many. The main victims of these riots are law-abiding African-American citizens living in these neighborhoods," according to reporting by The New York Times.

However, Trump may not have won over many African-American voters with that speech. Andra Gillespie, an associate professor at Emory University in Atlanta, said by invoking the term "law and order," Trump used an old phrase that many scholars identify as a racial code word used to mobilize white people who hold "racially resentful attitudes toward blacks."

"Trump was attempting to reach out to African-Americans who might have been turned off by the violence in Milwaukee, who might not have viewed Sylville Smith in the same way that they would have viewed, say, Philando Castile," Gillespie said, referring to two black men killed by police officers Saturday, in Milwaukee and last month in St. Paul, Minnesota, respectively. "Those who would have thought that the violence that erupted in Milwaukee this weekend was counter-productive, and talking about law and order, (Trump) thought, would be a way to kind of, I guess, mobilize that part of the African-American constituency."

Gillespie said Trump needs to keep in mind that "law and order" was a term invoked, for example, when President Richard Nixon was elected to appeal to people who feared urban rioting in places like Detroit and Washington, D.C.

"It was sort of interpreted as a wink and a nod towards people who wanted to quell unruly urban blacks who were tearing ... down their communities as opposed to identifying and addressing the structural issues that contributed to the emergence of those riots in the first place," Gillespie said.

Gillespie, who focuses on African-American politics and political participation, noted that Trump, who has made a number of "racially divisive comments," has been using slightly toned-down language more recently. However, she still doesn't think many people see him as a fair player, particularly those on the left.

"If Donald Trump wants to be perceived as an honest broker, in addition to not using potentially racial language that could be viewed as kind of thinly veiled incendiary language, he also has to acknowledge the many, many facets of the issue and come to the table about all aspects of it," Gillespie said.

"They are concerned about these instances that many of them have seen on YouTube and have seen on their televisions in the last few years where they would perceive the police to have behaved in a heavy-handed and unfair fashion," Gillespie said.