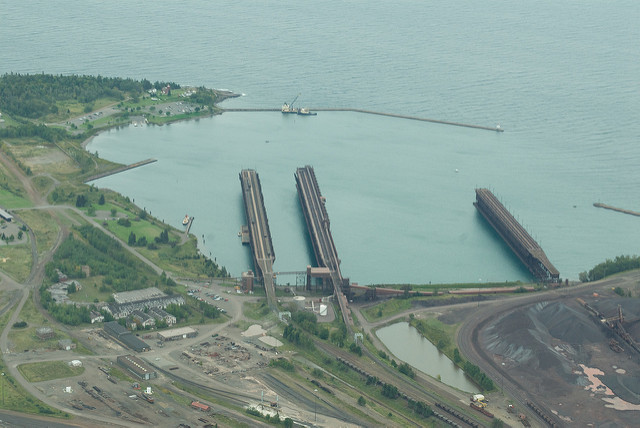 As the Trump administration continues to move ahead with tariffs on products made in other countries, upper Midwestern businesses are starting to feel both positive and negative impacts.

The steel tariffs imposed by the United States on China, Canada, Mexico and the European Union are already paying dividends in the U.S., according to an industry expert.

"We've already seen some of the steel making facilities that have been idled for a very long time coming back online. The demand for our iron in northeastern Minnesota and northern Michigan has increased since then," said Kelsey Johnson, the president of the Iron Mining Association of Minnesota. "It affects every facet of business across the area. We do have some very good partners both in Superior and northwestern Wisconsin. That's really affected their ability to do their business as well."

Johnson said while much of the U.S.'s economy was rebounding from the Great Recession in 2015 and 2016, work in the iron ore mines didn't come back, something she blames on illegal steel imports by China and other countries. She said efforts by the Obama administration to impose 170 different anti-steel dumping duties were unsuccessful.

One U.S. business sector expected to feel an impact from international trade wars are food processors in Wisconsin, Minnesota and Illinois — companies that can fruits and vegetables.

"We estimate that that extra cost is about two cents a can, which doesn't sound like a lot, but one of my companies said that that two cents a can means an additional $25 million for them," Midwest Food Products Association President Nick George said. "The food industry is a very competitive industry. The profit margins are very thin."

One public agency keeping close tabs on the impact of tariffs is the Duluth Seaway Port Authority, which promotes international trade through its work with Great Lakes cargo ships.

"We're really waiting to see what the long-term effects will be, not just on iron ore, but on other commodities. The agricultural industry, for example, and our port's role in moving a lot of the grains from the Dakotas and northwestern Minnesota across the seaway and over to the EU," port spokeswoman Adele Yorde said. "A lot of the long-term impacts of these tariffs as well as any potential retaliatory tariffs remain to be seen."

Yorde said about 20 to 30 percent of ships that use Lake Superior' s Twin Ports are from Canada.

Johnson and George both said Canada is a good trade partner of the U.S. and the North American Free Trade Agreement doesn't need to be renegotiated, just updated.