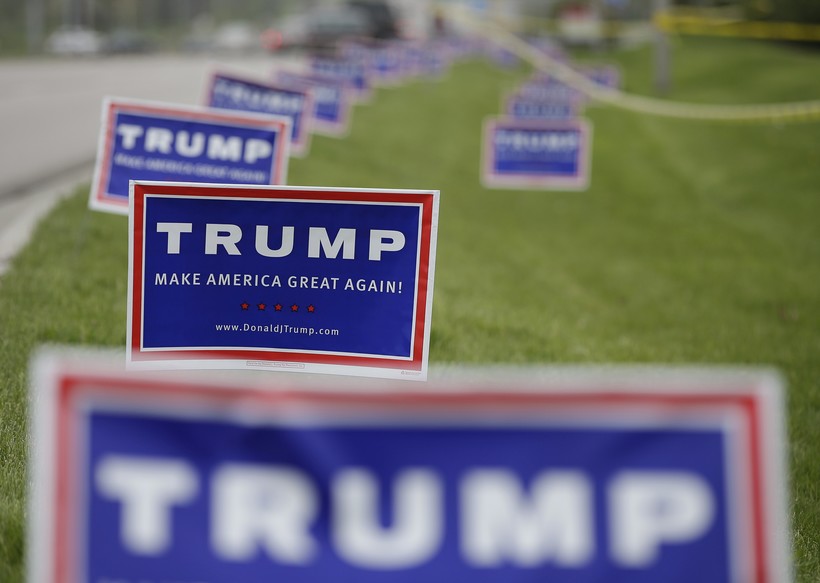 Inflammatory Rhetoric Is Not New In Politics, But Trump Is Taking It To A New Level, History Professor Says
By Scottie Lee Meyers
Share:

Divisive rhetoric on issues of race is nothing new in American politics, but one presidential historian says it's never been quite as inflammatory as what is being seen now from Donald Trump's Republican presidential campaign.

Modern politics has never seen such a brazen and polemical presidential candidate, said Julian Zelizer, professor of history and public affairs at Princeton University and author of several presidential biographies.

"I've thought a lot about this because people are always asking me for what the historical precedent is, and what we've seen is there have been many politicians who have played on some of these divisions in society, but they've also felt the need when they were the candidate to contain their rhetoric," Zelizer said.

Zelizer said the United States has seen plenty of periods of bitter discord in modern politics, starting in the 1960s with sharp disagreements about the Vietnam War and the struggle for civil rights.

In 1968, Richard Nixon brought his "law and order" message to voters, speaking to the racial turbulence in the streets and playing to the rising white backlash. In 1988, the infamous Willie Horton attack ad was used to show George H.W. Bush's tough on crime approach.

"But they did it still understanding that to win a broad coalition this couldn't be front and center, it had to be talked about in contained ways," Zelizer said.

But Trump has shown little caution about his statements while on the campaign trail, starting with his first official day as a presidential candidate by calling Mexican immigrants coming to the U.S. rapists and drug mules.

"(Trump) is willing to say whatever is on his mind, make whatever accusation he wants to make, and even his demeanor and rhetoric is different," Zelizer said. "It's certainly not what we've seen from (other) presidential candidates."