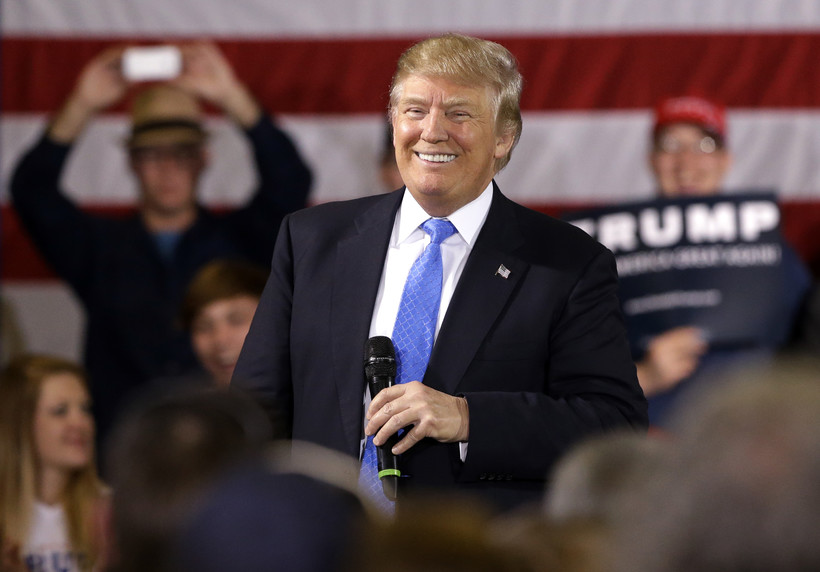 Trump speaking at a rally in Janesville.

Republican presidential frontrunner Donald Trump made his Wisconsin campaign debut on Tuesday evening in Janesville – and the real estate mogul took the opportunity to dole out some criticisms of Gov. Scott Walker.

Thousands of other supporters — and protesters — listened to Trump’s comments outside venue, which was filled to capacity.

"He certainly can't endorse me after what I did to him in the race, right?" Trump said of Walker.

Trump went on to trash Walker's record as governor, belittling his handling of Wisconsin's economy, referencing the number of people on food stamps and the recent state budget deficit.

Then, things got personal.

"You know, he comes in in his motorcycle jacket and a big Harley – 'I love Harleys,' right? But the motorcycle guys like Trump," he said. "They really like Trump. And he doesn't look like a motorcycle guy to me, I'm sorry."

Trump said he plans to spend the rest of the week campaigning in the state, leading up to April 5's presidential primary.

Trump also suggested that Wisconsin's primary could be the last stand for his Republican rivals.

Trump has a significant lead in delegates over his rivals Cruz and Ohio Gov. John Kasich, but isn't yet on pace to clinch the nomination before the Republican convention in Cleveland this summer.

Trump singled out Cruz specifically, mocking the senator for embellishing his record and warning that if Cruz does capture the nomination, the Democrats will say he's is ineligible to be president because he was born in Canada.

The three Republican candidates were participating in a televised town hall event in Milwaukee on Tuesday night.