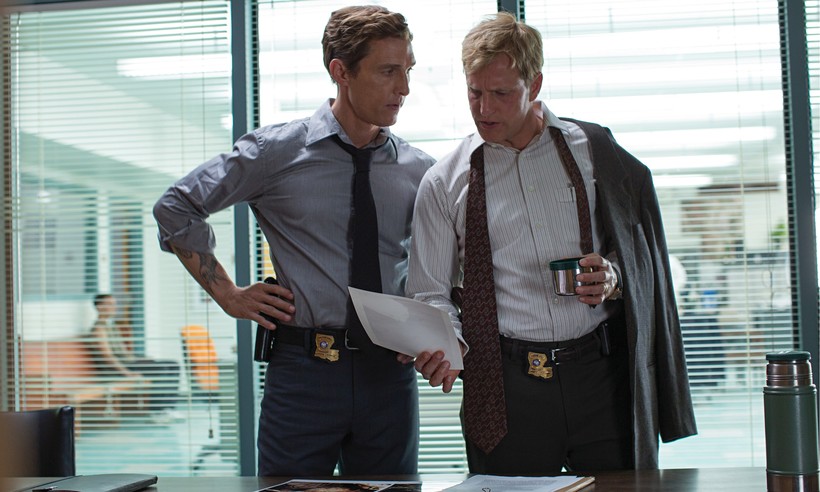 The mastermind of the acclaimed HBO TV series "True Detective" summarized the motivations behind the program and offered a sneak preview of its upcoming second season during a recent interview on "To The Best Of Our Knowledge," dropping a few key spoilers along the way.

The show, a police procedural drama that is blended with "metaphysical" inquiry, debuted earlier this year and starred Hollywood actors Matthew McConaughey and Woody Harrelson as Louisiana State Police detectives searching for a serial killer across a 17-year span.

Nic Pizzolatto, the program's creator and showrunner, recently told "To The Best Of Our Knowledge" interviewer Steve Paulson that "True Detective" sought to go in a new direction than the standard police investigation/crime series.  Pizzolatto, who is also the show's writer and executive producer, said the premise of his show is a new twist on a TV drama convention.

"It's a story that uses the popular genre of police investigation to conduct a more nuanced, metaphysical investigation into its characters and their world," Pizzolatto said. "To use the machinery of the procedural to get at what interests me, which is the dissection of character and motivation and a world vision."

Pizzolatto said the show seeks to focus on the world the detectives live in and their beliefs and relationships as much as tracking down the killer.

Along the way, the series -- through the characters' actions and dialogue -- wrestle with larger, big-picture questions, such as violence, morality, trust, ego and dealing with societal constraints.

As for the show's next season, Pizzolatto revealed that major changes were ahead. He said that the program will focus on three new lead actors and relocate to "much lesser-known venues" in California.

"We're going to try to capture a certain psycho-sphere ambience of the place, much like we did on season 1," he said. "The characters are all new, but I'm deeply in love with each of them."

Pizzolatto said that they have the season's trajectory plotted out and that casting the new actors will begin in the coming month.

For the complete interview, listen here.